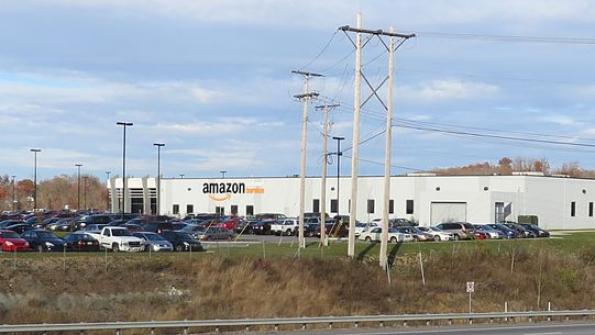 Twenty North American localities are celebrating making the second round of Amazon’s second headquarters selection process. But leaders of many of the 200+ cities that were rejected have gotten reflective over their disqualifications.

Twenty North American localities are celebrating making the second round of Amazon’s second headquarters selection process. But leaders of many of the 200+ cities that were rejected have gotten reflective over their disqualifications.

Disappointment, pride in the submitted bids and resolve for the future were themes throughout officials’ responses.

"While we are obviously disappointed our region wasn’t selected for the next round for the H2Q project by Amazon, we are proud of the proposal our community presented and the assets our region offers,” Orlando, Fla., Mayor Buddy Dyer said in a statement, according to Florida TV station WFTV.

“Every time an opportunity presents itself, Baltimore will be in the mix,” Baltimore Mayor Catherine Pugh said in a news conference, the Baltimore Sun reports.

Some like Birmingham, Ala., have noted auxiliary benefits gained from the bidding process.

"Throughout the recruitment of Amazon, there was great value in the process we used in providing information the company needed to consider Birmingham. Those efforts will be applied to future projects that are sure to come along," Birmingham Mayor Randall Woodfin said, according to AL.com.

Some cities within states that housed winners have rallied for their states. While Charlotte, N.C., didn’t make the cut, its mayor praised the state and the capital, Raleigh, for making Amazon’s shortlist.

I’m proud of the Charlotte region and our community's effort. We rallied together over the past few months to prepare the Amazon HQ2 proposal and are proud of the collaboration that will continue to serve us well. Please join me in support of Raleigh to make Amazon HQ2 home in NC

While Amazon has remained silent on why certain cities didn’t make the cut, City Manager Troy Schulte cited the lack of a major urban university within its area as a major reason, Kansas City TV station WDAF reports.

“Obviously that means continuing to lobby and focus for more investment at [The University of Missouri – Kansas City], which is obviously best able to grow into that capacity,” he told WDAF.

However, Kansas City and another midwestern city have made their intentions known to pursuing a new campus from another tech giant: Apple. The company announced on Jan. 17 that it intends to build a new campus as part of a bid to create 20,000 jobs across the U.S., CNBC reports.

“’Nothing ventured, nothing gained,' is a saying of mine, and so we are going to try, and if there is a proposal for Apple's second headquarters, guess what? Kansas City is going to be part of the mix," Schulte told WDAF.

Cincinnati plans to offer Apple the same riverfront property that it offered to Amazon in its bid, but many of the other details of the city’s Apple bid remain secret, the Cincinnati Enquirer reports.

"We put forth a good effort (on Amazon), and we've got to keep going,” Cincinnati Mayor John Cranley told the Enquirer. "We've got to go for Apple now.”