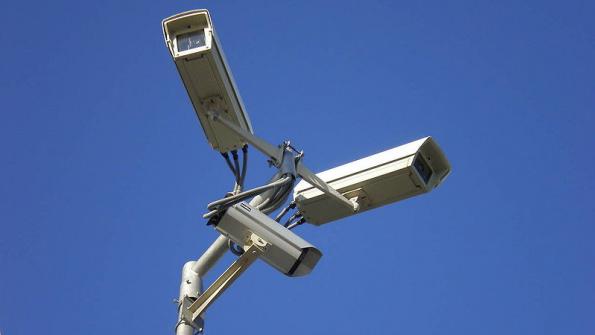 Lexington, Ky. and the American Civil Liberties Union are about to duke it out in court over a records request related to surveillance cameras.

Lexington, Ky. and the American Civil Liberties Union (ACLU) are positioned to grapple in court over a records request related to surveillance cameras.

The city provided Maharrey with over 400 pages of documents but denied part of the request, saying the information either didn’t exist or that the records didn’t have to be made public under Kentucky’s Open Records Act, the Lexington Herald-Leader reports. The information withheld related to 29 surveillance cameras whose existence the city acknowledged.

"They wouldn’t release information on how they are deployed what parameters surrounding. Nothing," Maharrey told WKYT.

Maharrey brought the case to the Kentucky attorney general, who ruled that the withheld information should be released, WKYT reports. The city then filed a suit in the Fayette Circuit Court on Sept. 29 to halt the release of the documents, saying the release would constitute “an officer safety issue and decrease in effectiveness of an investigation,” per the Herald-Leader.

“Honestly, I think it’s a bullying tactic more than anything,” Maharrey told LEX18. “I think the city thought it could just slap me with a lawsuit and I’d go away. Newsflash – I’m not going away.”

The ACLU announced on Oct. 24 that it would represent Maharrey, the Herald-Leader reports. The ACLU seeks for the city to produce the documents, acknowledge that it purposely withheld them and to pay attorney and court fees.

“One of the fundamental principles of our government is transparency,” Heather Gatnarek, an attorney for the ACLU of Kentucky representing Maharrey, told the Herald-Leader. “The public has a right to know the actions of government officials and disseminate that information to others. City officials appear to be shirking their responsibility to provide records they are obligated to provide by law, simply because they don’t want the public to have access to them.”

Maharrey is a community activist and the director and founder of We See You Watching Lexington, “an informal coalition of grassroots activists concerned about privacy and government surveillance in Lexington,” according to the organization’s website and LEX18. We See You Watching Lexington seeks to have a local ordinance passed that would limit the use of surveillance technologies.

“This lawsuit underscores the need for transparency and oversight when it comes to government surveillance in Lexington,” Maharrey told LEX18. “The police clearly want to keep their surveillance programs hidden. We need to push for structural changes that will force government agencies in Fayette County to operate transparently.”

A Lexington spokesperson declined to comment on the case to WKYT, because the case was active.