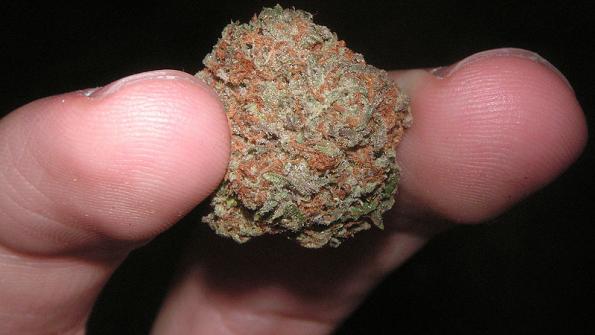 Despite recreational marijuana being legalized in California, Kern County and one of its cities, Bakersfield, can’t agree on how the commercial side of the now-legal industry should function in their jurisdictions.

Despite recreational marijuana being legalized in California, Kern County and one of its cities, Bakersfield, can’t agree on how the commercial side of the now-legal industry should function in their jurisdictions.

On Oct. 11, the Bakersfield City Council voted to uphold a ban on marijuana dispensaries that the city has had in place since 2013, Bakersfield Now reports. Any business associated with marijuana may not operate in the city, according to Bakersfield.com. Due to California’s Proposition 64 however, city residents can use marijuana and grow a small amount, per Bakersfield.com.

Not all council members agreed with the move. Council member Willie Rivera voted to approve dispensaries, saying the city missed out on a revenue stream.

“We made a decision to forego a bunch of potential revenue, and we just finished a very lengthy discussion where apparently the majority of my colleagues feel it necessary to go to the voters and ask them whether they think a sales tax is appropriate," Rivera told Bakersfield Now.

Just one day later however, on Oct. 12, Kern County commissioners voted to regulate the business side of marijuana, which could net the county about $40 million a year from tax revenues, Bakersfield TV station KGET reports.

“I think regulation is the best way to protect health, safety and welfare,” said Kern County Commissioner Chris Babcock, per Bakersfield.com. “Going with option B [regulation] will actually protect the community. It will give a better chance to keep the drugs away from the kids.”

Each government has criticized the other given each government’s opposing views on the matter, Bakersfield.com reports. A county report showed that between 60 and 80 illegal marijuana dispensaries are operating in Bakersfield.

Meanwhile, a video from Bakersfield Councilmember Jacquie Sullivan implied that the county would receive millions in tax revenue from marijuana sales in exchange for selling out county residents, according to Bakersfield.com. Both sides agree however, that with about 120 dispensaries operating throughout Kern County, the current approach isn’t working.

“I feel our entire county should be in favor of the ban. We should be standing together,” Sullivan told Bakersfield.com. “I think (having different approaches) is going to make things more difficult. It’s going to confuse people. We are a conservative county, and we should recognize the dangers of marijuana.”

Kern County supervisors, set to vote on the county’s issue on Oct. 24, remain undecided on the issue, according to Bakersfield.com.

“There are good people with good arguments on both sides of this coin,” Kern County Supevisor Mick Gleason told Bakersfield.com. “Public safety and public health are critical issues that have to be resolved.”