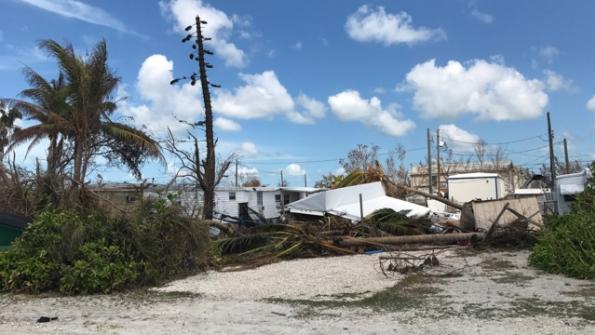 In Sarasota County, Fla., over 100,000 Florida Power & Light customers were without power on Sept. 12, according to the Sarasota Herald-Tribune. Utilities officials have been working with FPL to get service back to lift stations across Sarasota County. City officials had restored all water main breaks by the night of Sept. 12, but damage assessments in the county continue to be ongoing.

On Sept. 14, Pinellas County, Fla. officials voted to extend the county state of emergency for another week to allow for more efficient hurricane recovery efforts, Miami Patch reports. In doing so, the county emergency operations center will continue activation, coordinating response efforts across the county.

The Tampa, Fla., government has opened community assistance centers to help its residents create applications for assistance from the Federal Emergency Management Agency (FEMA), Tampa TV station WFTS reports. The centers will also help some homeowners with storm-related home repair needs and will gather resource information for various sources of aid to residents.

Monroe County, Fla., officials opened the Lower Keys back up to residents — Marathon on Sept. 16, Key West on Sept. 17 — to allow residents and business owners to survey damage to their properties, according to USA Today. Federal officials estimated that 25 percent of homes in the Keys were destroyed, per the Associated Press. Officials said they hoped to have government offices, courts and schools up and running by Sept. 28.

As Keys residents began returning to their homes, Monroe County Mayor George Neugent warned them of the necessity for stocking up on supplies, according to the AP. While roads have been cleared, Neugent said that electric, sewer and water service is “intermittent at best,” per the Sun-Sentinel.

“When you live in South Florida, you know that this is a potential that’s going to happen,” Monroe County Administrator Roman Gastesi said, per the Sun-Sentinel. “We’ve been very lucky. Twelve years since Wilma and here it is. This is the big one that we practiced for.”