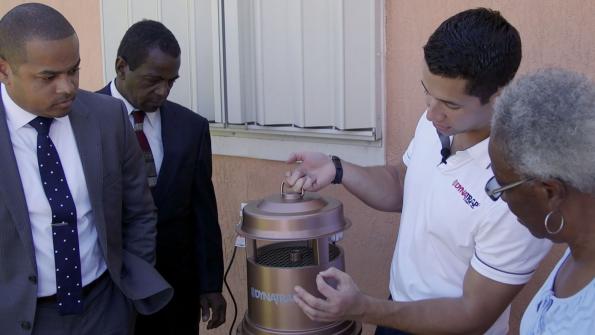 DynaTrap has helped Miami reduce its mosquito population in the wake of the Zika virus's spread.

In the summer of 2016, the Zika virus gained worldwide attention as thousands of cases emerged in South America. Once contracted, patients experience flu-like symptoms, including fever, rash, headache, and muscle pain. One of the most critical concerns, however, is for women who are pregnant. Zika has been proven to cause serious birth defects, including microcephaly, which inhibits the development of the infant’s brain, resulting in a smaller-than-normal head, intellectual disabilities, and poor motor function.

By October 2016, Zika had spread to Miami, Fla. Of the 178 local cases reported, 124 were pregnant women. The city established three “Zika Zones,” or active transmission areas, which included the Little Haiti, Little River, and Liberty City neighborhoods. To combat the spread of Zika, local authorities accelerated the rate of insecticide spraying daily.

While these insecticides are effective in reducing the mosquito population, they also kill beneficial pollinating insects such as honeybees, thereby negatively impacting the local ecosystem. Furthermore, residents of the Zika Zones expressed concern about the amounts of chemicals being used near their homes and families.

The device emits ultraviolet light and carbon dioxide to mimic the human body and lure in mosquitoes, then uses a quiet fan to vacuum the insects into a retaining cage where they dehydrate and die. It starts working immediately to trap mosquitoes and other predatory insects, and reaches maximum effectiveness in disrupting the mosquito lifecycle after 6-8 weeks. Each mosquito caught prevents hundreds of eggs from being laid within the one-acre coverage area. The units do not emit any harmful chemicals, nor does it affect beneficial insects such as honeybees.

The city worked closely with DynaTrap set up the devices in local parks, community centers, and private homes. Each trap was strategically placed about 20-40 feet away from primary gathering areas, and set to run 24/7. Local residents and city officials quickly noticed a dramatic difference in the local mosquito population. Ken Simmons, Park Manager at Athalie Range Park stated, “It definitely made a difference in the amount of mosquitoes in the park.”

Miami City Commissioner Keon Hardemon added, “The use of the DynaTrap helped to reduce the mosquito population infected with the Zika Virus. The partnership with DynaTrap was a testament of the impact that can be made when both the private and public sector come together for the good of the community.”