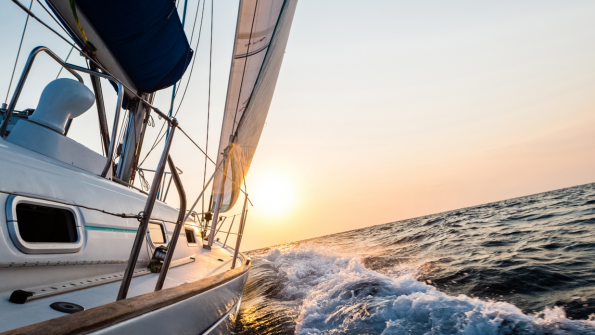 Coop Purchasing: Where is it Headed?

Cooperative purchasing, as a concept, dates back to the ‘30s, but modern co-ops really established themselves during 2008’s Great Recession. During this period, government staffing took a huge hit, one from which procurement departments never really recovered.
But as they’ve grown in popularity, co-ops are now going through the growing pains of adolescence, so to speak. Brent Maas, the executive director of business strategy and relationships for NIGP: The Institute for Public Procurement, says co-ops are coming into their own, in a sense, establishing their ongoing presence in the procurement world and understanding how they can best serve their customers. There are several trends emerging right now, he says, that will be important in the years to come.

In decades past, governments used to engage in what was almost line-item contracting, says Gary Link, senior vice president with E&I Cooperative Services, and soliciting these highly specific contracts was extremely labor intensive. Due to the reductions in manpower, this type of contracting became impossible and solicitations became more general. Co-ops were able to step in and provide contracts for “office supplies” rather than a specific type of pen.

In the beginning, it was really the most “commoditized of commodities” that governments were cooperatively purchasing says David Yarkin, president of Government Sourcing Solutions.. These contracts had very low risk and very low complexity. Now, he says, contracts are continuing to evolve, becoming more complex to encompass everything from technology to construction.

“It’s interesting that in the early stages [cooperative purchasing] started off with the most simple categories,” Yarkin says, “but now it’s being used for virtually any category that’s broad enough to work for multiple governments.”

Times change, and so do priorities. Responding to an increased focus on inclusivity and fairness in all aspects of culture, co-ops, and procurement officers in general, have increased their attention to small businesses – particularly those run by women, minorities, the disabled or veterans.

“In many cases, a cooperative contract established for members of a co-op nationally is held by a national company,” Yarkin says. “The cooperatives have gotten smarter and have made those contracts flexible enough to allow the national companies to work with smaller, local and regional companies – often as subcontractors.” By becoming more flexible, co-ops are helping governments achieve their local, small- and disadvantaged business goals.

This is extremely important to Jamie Rhee, chief procurement officer for Chicago. “We have a vibrant and thriving women- and minority-owned business community here,” Rhee says. “We look at every contract as an opportunity for these smaller businesses to participate in government contracting and build capacity.” She adds Chicago has over a dozen programs to build this capacity among smaller, local businesses.

Co-ops, Rhee says, are picking up on this increased focus on local business. “We insist there are participation goals placed on our [cooperative] contracts to ensure a local component,” Rhee says. “You can have the national-level contract through co-ops and still get the local presence through the use of subcontracting.” Because Chicago and other cities have made this a priority, Rhee says co-ops are becoming more flexible, allowing local subcontracting to add value to local economies.

Conversely, co-ops that are not as flexible are less likely to be utilized in today’s marketplace. “We’ve had discussions where we thought we were going to be able to utilize a co-op, and we just couldn’t come to terms because they couldn’t make commitments to the local vendors,” Rhee says. “We had to go elsewhere.”

Link agrees that this increased focus on inclusivity is helping small businesses. “What we’ve been able to do in the industry is really help small businesses,” he says. This is making cooperatives more effective today than they were in the past. We were just looking at the best ways to aggregate volume, now we’re looking at how we can be a better value-added service.”

Another emerging trend, according to Yarkin, is an increase in the number of cooperative options procurement professionals can look to for solutions. “There was a time a while back where a government would only look at one cooperative to solve their problem,” Yarkin says. However, the procurement officer of 2017 has myriad challenges they are trying to solve, and the complexities of these challenges have forced modern procurement officers to go beyond their traditional, fallback solutions.

The driving force behind these broadening horizons is twofold: an increase in the overall number of co-ops and their drive to differentiate themselves from their competition.

“An important attribute is transparency, says Jeremy Schwartz, director of cooperative contracts and procurement for the National Joint Powers Alliance (NJPA).,” “When someone wants to look and see how a procurement process was conducted, they should be able to access all the necessary documentation to validate it was conducted competitively, and to validate how pricing was originated and how decisions were made. Transparency is a basic expectation.”

Additionally, as more and more contracts become available, service is quickly becoming another differentiating factor. “Regardless of how you conduct your competitive procurement process, there will always be the opportunity to differentiate yourself with service and responsiveness,” Schwartz says.

A third differentiator, according to Link, is analytics to help organizations achieve their goals – cost savings, process, or otherwise. “Analytics plays a major role in what we do,” he says. “This is an area that is a differentiator for us in that we focus an incredible amount of time on understanding our members’ spend… Data and information analytics have become a very integral part of what we do in understanding what our members are doing and projecting where they’re going in terms of spend.”

As partnerships are forged and networks grow, Yarkin says we’re starting to see co-ops being cooperative with each other. This is a trend that’s just starting to emerge, Yarkin says, “but I think it’s a great development for procurement officers that cooperatives are trying to find ways to solve problems for their members instead of being competitive with one another.”

Schwartz agrees that teamwork among cooperatives is becoming a priority. “Although there are a lot of options out there, we think highly of our public procurement peers as well as those that are providing alternate options,” he says. “We believe we are best when we collaborate and communicate with others. We believe a collegial, professional dialogue… will help us provide a higher level of service across the board.”
Better Utilizing Co-ops

For procurement officials considering expanded use of cooperative purchasing, Yarkin says it’s important to look at all the options with an open mind. “It’s easy to fall into the trap of thinking that your organization can do any contract better than anyone else can,” Yarkin says. “It’s good to have pride in the abilities of your team, but … realize that there are other organizations that can do contracts well, too.”

It’s also important to ensure that the legislative bodies involved understand cooperative purchasing – its goals, its benefits and its function. “To the layperson, it might seem confusing and they might think you’re not conducting a bid,” Yarkin says. “When in truth, someone else has done the bid on your behalf, and you’re leveraging competition that already took place.” That’s why educating legislators on the fundamentals of cooperative purchasing is important from the beginning.

Yarkin also advises to not let the perfect become the enemy of the good. There are many cooperatives and a wealth of very good contracts. It would be impossible to go out and look at every single contract in a particular product category offered across the country, he says. The procurement officer’s job is to find the best value for taxpayers, and time savings should be factored into this equation. If a cooperative contract will add value to your department, it should be utilized rather than fretted over.
What’s next?

For the past 10 years, the arrow has only been pointed in the direction of more cooperative purchasing. Yarkin does not expect this to change anytime soon. He foresees a relaxing of state and local regulations that currently limit the use of co-ops, and with this increased freedom, a steady growth in cooperative purchasing’s popularity.

Standardization in practice will also become important in the coming years, but won’t come easily due to the complex nature of cooperative purchasing and procurement in general. “It’s like any industry when you have thousands of public procurement professionals trying to find some common themes they all agree are must-haves, versus having 100 perspectives on must-haves and none of them really meshing,” Schwartz says. “That is the challenge – collecting those subject matter experts and having them agree.”

This idea of standardization leads to the question of accreditation, but who will be the accrediting body, and what will its processes be? NIGP has created an accreditation program already, but acceptance isn’t universal. The problem, Link says, is that there are so many different co-ops in existence, which have all been working to differentiate themselves from the others. It’s exceedingly difficult to come up with a standardized list of criteria for accreditation while taking into account the overwhelming complexities of the marketplace.

Regardless of these challenges, Maas says that over the next five years, local government leaders can expect uninterrupted use and sustained growth of cooperative programs as they continue to evolve to meet the diverse needs of the thousands of agencies who take advantage of them. “The good news for procurement professionals,” Maas says, “is that cooperative programs committed to sustaining the integrity of cooperative practice continue to adopt and implement a standard of practice that aligns more consistently with the transparency, reporting and procedural requirements of public entities.”