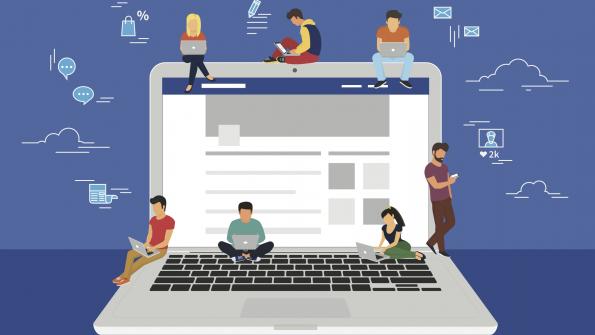 Social media isn’t just for cat memes and selfies; these networks are powerful tools local governments are using to connect and communicate with their residents in ways never before possible.

Local governments are coming around to the idea that social media is becoming the space where their constituents exist and communicate, and that without an active, meaningful social media presence, they’re missing out on a valuable opportunity to connect with residents. Navigating these networks may seem daunting, but with a plan in place and some creativity, your agency might be the next to go viral.

If you’re not active on social media, you should be

Kristy Dalton, CEO of Government Social Media, an organization that connects public sector social media managers across the country with each other and educational resources, says social media is the best way to connect with residents in modern times. “Most citizens are never going to go to a public meeting, they’re never going to go to city hall or their county administration, but most of them are online and most of them have a social media profile,” she says. “If government agencies work toward using social media for citizen engagement, they can reach people they would otherwise probably never ever reach.”

Additionally, social media allows government agencies to take control of their messages in ways they never before could according to Jennifer Davies, the public information officer for Las Vegas. “It’s harder than ever to get coverage for all the different things that any local government has going on,” she says. “Social media – if you can build up your following – enables you to do just that. You don’t have to hold a press conference, you can just put [information] on your Facebook page or your Twitter. You can reach the same amount of people and not have your message filtered by the agenda of your local media.”

This also allows for unfiltered response, Davies says. “Through social media you’ll know right away if your strategy or action didn’t have its intended outcome.  You’re going to get feedback so you can make things better in the future.”

Social media is clearly important, however, no effort can succeed without a well-defined strategy in place.

Setting up the framework

Currently, most governments deal with social media on an ad hoc basis, without any real vision or policy to speak of. This is a mistake. Not only will this make a social media effort ineffective, it could actually expose an agency to legal action.

Oakland County, Mich., understands the need for a well-defined policy and strategy. Kaitlin Keeler, the county’s digital editorial manager, says most local governments started their social media efforts stabbing in the dark, in a sense. Without purpose or vision, online engagement methods falter and are ultimately unsuccessful.

To turn this around, Keeler suggests an agency go back to its goals, specifically around communications and marketing, then going through a discovery phase. Agencies should look into what their digital footprint is, what channels they’re already on and how many followers each has.

Additionally, it’s important to look at current resources. Successful social media efforts don’t organically occur, they take time, thoughtful consideration and manpower. “You don’t want to create a strategy that isn’t realistic,” Keeler warns. It’s better to do one channel well than to try and be everything to everyone, she says.

Keeler understands that smaller cities and counties may not have the resources to hire a devoted social media expert, which is why she suggests looking at already existing workforce first. More than likely there is already someone on staff that intuitively understands social media, that is active online in their personal life, or has otherwise bolstered these skills. Sometimes, she says, it’s just someone who has a keen interest in it that will be a champion.

“If you do it backward and assign social media work to someone who isn’t that interested,” she says, “it’s not going to be successful.”

With a framework in place, it’s time to start thinking about what type of content a government or agency will be sharing. To be successful, experts agree a balance must be struck between entertainment and value.

The importance of content: tone, humanity and the entertainment factor

There are two things local governments get wrong when they take to social media, Davies says. First, they don’t take a human, approachable tone and second, they don’t share interesting, varied content. “If you look at a lot of local government social media feeds, they’re only ever talking about themselves,” she says. Instead of only sharing municipal news, local governments “should be sharing all the things going on in the community that make it a great place to live and do business.”

The distinction, she says, is important, noting that at least half of Las Vegas’ tweets are from external outlets. The goal, she says, is to become a source of information about all the great things going on in the city, not only what the city is doing.

One way Las Vegas accomplishes this is through a daily morning news program, broadcast in real-time over Facebook Live and Periscope, where all the trending topics in Las Vegas that day are discussed. “We use the entertainment factor to get [viewers’] interest,” she says, adding that the entertainment factor is important in growing and sustaining an audience so that when there is something serious that needs to be put out into the community, you’ll have engaged people listening.

But not everyone is on social media to connect, communicate and express themselves. The anonymity social networks provide often embolden individuals to act out in negative or downright abusive ways.

When dealing with online negativity, it’s important that an organization’s policies outline exactly which types of comments are acceptable and which aren’t. However, that doesn’t mean everything negative can be immediately deleted. “There are laws, especially when the comment pertains to something protected by the First Amendment,” says Dalton.

With that in mind, Dalton says there are three types of negativity a local government might come across on social media: A complaint about a specific situation, a complaint about a general policy or a deliberate attempt to cause offense. The third, she says, are the types that might be removed under a legally sound comment policy; the first two should be addressed with a customer service mindset.

This mindset, Davies says, is incredibly important. It’s easy to ignore negativity, but to truly engage with the public, upset citizens should be met with understanding and compassion. If the complaint is valid, steps should immediately be taken to rectify the situation, and if the situation can’t be fixed, then they should at least be acknowledged and heard. “People are negative because they don’t think you’re listening, and they don’t think anyone cares,” she says, if you just respond to them, their attitude completely changes.”

It’s in this way, Davies says, social media is one of the most important ways a local government can humanize itself, connect with its citizens and spread good will.