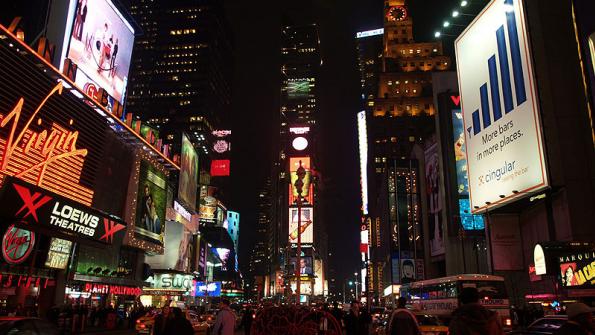 A famous New York music group once sang, “you’ve gotta fight for your right to party,” but now the city itself is lending a helping hand.

A famous New York musical group once sang, “you’ve gotta fight for your right to party,” but now the city itself is lending a helping hand.

On Aug. 24, the New York city council approved a measure to create a new and official ‘Office of Nightlife’ and Nightlife Advisory Board, Crain’s reports. The office will take on multiple tasks, but it will mainly serve as the bridge between the city government and New York’s $10 billion nightlife industry, according to Gothamist.

“NYC’s nightlife culture is an integral part of its identity, yet bureaucratic red tape, rising rents and lack of community planning has made it increasingly difficult for venues that contribute to our iconic nightlife to stay in business,” Councilmember Rafael Espinal and the bill’s sponsor, said, per the Brooklyn Daily Eagle. “This bill will create a space where all stakeholders can come together to solve conflicts and build bridges."

The Office of Nightlife will connect with New York clubs and venues to try and reduce regulations on small operators and DIY venues, Crain’s and Gothamist report. The office’s director will in turn conduct outreach to such venues, connect them with city services, reviewing 311 calls and hosting a public meeting in each borough, according to the Daily Eagle.

"We're losing a lot of those mom-and-pop—if you want to call it mom-and-pop—nightlife venues, and it's important we come out and support that industry," the lawmaker said, per the Daily Eagle. "New York City is known as the city that never sleeps, and those small venues are what really gave New York City its identity."

The 12-member Nightlife Advisory Board will create a list of policy recommendations within 18 months, according to Crain’s. The city council speaker and the mayor will appoint the members from areas including zoning and service workers, Gothamist reports.

Espinal officially introduced the bill in June at a Consumer Affairs Committee hearing, according to the Daily Eagle, He then altered the bill according to feedback gleaned from the meeting, which over 200 artists and business professionals attended.

“From local communities who deserve a decent quality of life, to businesses who are trying to do the right thing but are struggling to navigate government processes and are subject to hefty fines, this office and advisory board will be there,” Espinal said, per the Daily Eagle. “It is time NYC dedicate resources to this sector of our economy that produces not only financial capital, but also cultural capital for our city.”

The idea of a ’night mayor’ isn’t unprecedented, especially in Europe — cities such as Amsterdam, Berlin, London, Paris and Zurich have them, according to Gothamist. In fact, Amsterdam’s nachtburgemeester served as the paradigm for New York’s office.

Even if Mayor Bill de Blasio does not sign the bill into law within the month, it will become a law 120 days after the first 30 day period, the Daily Eagle reports.