Will more states opt out of paying prevailing wages on public construction projects?

Experts weigh in on whether more states will repeal prevailing wage requirements on public construction projects in 2017.

At the federal level, the Davis–Bacon Act of 1931 established the requirement for paying the local prevailing wages on public works projects for laborers and mechanics.

In Ohio, Senate Bill 72 is currently pending in the Buckeye State’s Senate Finance Committee. It would allow political subdivisions, special districts, and state institutions of higher education to decide whether or not to apply the prevailing wage Law to public improvement projects.

As drafted, the bill would make application of prevailing wage law permissive, rather than required. This change will allow local governments to make decisions about bids at the start of a project, giving them more control over their public projects and reducing costs that ultimately burden the taxpayer.

States and localities are looking for ways to cut costs. says Oren M. Levin-Waldman, a professor in the Metropolitan College of New York’s Graduate School for
Public Affairs and Administration. “If one state sets a precedent by allowing localities, townships, colleges, universities, and other entities to opt out of paying prevailing wages, it stands to reason that others will follow suit,” Levin-Waldman (photo at right) says.

He says that the effort to opt out of paying prevailing wages is similar to initiatives in states that passed right-to-work laws. “As some states initially passed these laws, others followed suit. We still see some states attempting to pass right-to-work laws as a way of driving down wages. This would appear to be a logical next step.”

Levin-Waldman says that the current political scene in the nation’s capital could be a factor in more states declining to pay prevailing wages. “With all the talk coming from the Trump administration about how wasteful spending can be reduced, some are getting signals that they can pursue this route as well.”

Not so fast says Elizabeth Aboulafia, partner at the Cullen and Dykman law firm. “Given that many public construction projects are funded, at least in part, with federal monies, many owners of public construction projects are required to comply with the Davis-Bacon Act and related federal prevailing wages laws and are therefore not likely to opt out of paying prevailing wages,” Aboulafia (photo at left) tells GPN. 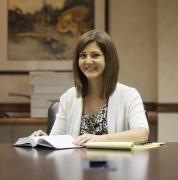 She notes that many state and local public construction contracts often have some component of federal funding. She says state and local governments “will find that it is neither politically nor economically astute to opt out of paying prevailing wages to union employees working on public projects.”

Look at where trade unions are strong, says Aboulafia. “In geographic areas where unions are prevalent, the political backlash that would result from any attempt to avoid paying union scale wages to workers on public construction projects will likely outweigh any economic benefits that would be realized on public projects that do not involve any federal funding.”

Efforts to lock up state & municipal construction projects with prevailing wage and project labor agreements will probably decline over the next four years, predicts Charles Krugel, a management-side labor and employment lawyer and HR counselor in Chicago. “We’ve already seen the chipping away of previous public sector union rights in historically unionized states like Wisconsin and Indiana. We’re starting to see this happen in Illinois too.” Krugel’s photo is at the right.

There’s an aversion to unions in some segments of the workforce, Krugel says. “Part of the issue is that most workers don’t want the unions; nobody, except for the unions wants the unions, at least in most of our economy.”