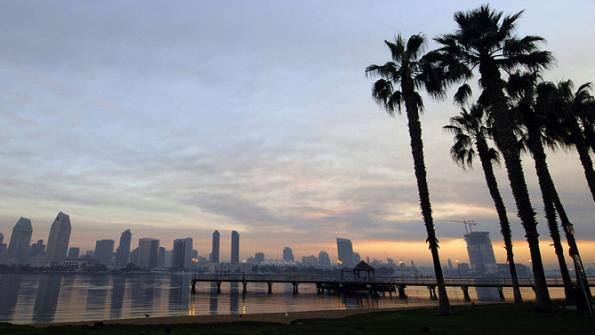 San Diego County, Calif., got more than it bargained for when it brought in a record $5.6 million in an auction for tax-defaulted property.

San Diego County, Calif., got more than it bargained for when it brought in a record $5.6 million in an auction for tax-defaulted property.

“This tax sale auction surpassed our expectations,” Treasurer-Tax Collector Dan McAllister said in an announcement, per the Times of San Diego. “Not only did it help us save on operational costs, but it allowed us to sell far more properties than we have in the past.”

San Diego County can auction parcels for which owners haven’t paid property taxes in five or more years, the Times reports. While the auction is held annually, this year’s auction marked the the first time the county had held the auction online, according to San Diego Patch.

“Automatically there was a greater distribution of buyers,” McAllister told the Union-Tribune.

Bidders from 19 states, Puerto Rico, Canada and the Philippines won 343 properties that totaled $5,613,700, according to Patch and the Union-Tribune. Most of the buyers were from outside San Diego County, the Union-Tribune reports.

“We wanted to open this auction up to a worldwide audience, and moving it online allowed us to do that with great success,” McAllister said, per the Times. “Our team did a fantastic job finding the right system that makes it easy for bidders to take part in our auctions from now on.”

The results show, as this year’s achievements dwarf those of past auctions. The previous gross sales record was achieved in 2013 at $3.49 million, while 2015’s auction had the highest number of units sold, at 85, per the Union-Tribune.

The county's record-setting property auctions for 2017 haven't concluded yet. A second online auction of over 1,000 properties is set to be conducted between July 21 and July 26, the Times reports. The properties to be auctioned off in that auction consist mostly of timeshares, and minimum bids start at $100, after prospective bidders put down a refundable $1,000 bid deposit.

Several people have already contacted McAllister’s office, voicing their upset over missing the first auction, the Union-Tribune reports. Given such interest, the the first auction’s record results and San Diego County’s sunny climate, the second auction could see similar success.

“I have never met anyone who was not interested, in their dreams or in reality, of having some wonderful San Diego County real estate,” McAllister told the Union-Tribune.