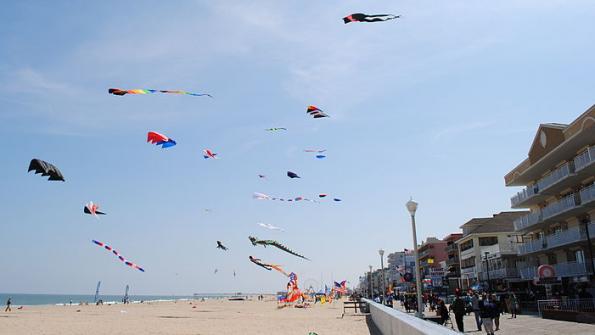 A legal challenge to toplessness and a memo to a Maryland city’s beach patrol instructing them not to bother women going topless on local beaches has resulted in that city council convening an “emergency” Saturday meeting to pass legislation banning public nudity.

A legal challenge to female toplessness and a memo to a Maryland city’s beach patrol instructing them not to bother women going topless on local beaches has resulted in that city council convening an “emergency” Saturday meeting to pass legislation banning public nudity.

Chelsea Covington, an advocate for women being allowed to go topless in public, filed a brief last year that argued that the Maryland constitution should give equal protection regardless of gender, according to Mic. Covington initially reached out to the Worcester County state’s attorney office, which then passed the matter along to the Maryland Attorney General’s office, according to the Baltimore Sun. The attorney general has yet to issue an opinion on the matter.

A memo was later sent to Ocean City, Md. Beach Patrol employees on June 6, telling them that a change in policy dictated that they shouldn't’t police topless female sunbathers, CNN reports.

“For the 44 years I’ve been guarding the beach in Ocean City, when we’d see people topless on the beach, we would just tell them, ‘Hey, you can’t do that,’” Ocean City Beach-Patrol Captain Butch Arbin told local news outlet WBOC 16, per CNN. “But since this formal request from someone, and since the Maryland attorney general’s office hasn't’t issued their opinion on it, we don’t feel like we can tell people not to sunbathe topless.”

The city government soon clarified its position on the matter, telling tthe public they had no desire to see the beach go topless, the Sun reports.

“While we respect Ms. Covington's desire to express what rights she believes she may have, Ocean City is a family resort and we intend to do whatever is within our ability to also protect the rights of those families that visit us each year,” Ocean City mayor Rick Meehan said in a statement, per the Sun.

The city council then convened an emergency meeting on Saturday, June 10 and unanimously passed a public nudity ban, according to USA Today. The ordinance dictates that anyone showing a female breast without a fully opaque covering could incur a fie of up to $1,000.

Meehan said the ordinance and emergency meeting were responses to numerous emails and calls from residents and visitors about the issue. “This ordinance provides clarity as to the position of the Town of Ocean City, that we will not allow women to be topless on our beach or on any public property within city limits,” he said on his Facebook page that day.

Raquel Coombs, a spokeswoman for the Maryland Attorney General, said the office is drafting an opinion on the matter and that she expects it will be released soon the Post-Gazette reports. Covington commented to USA Today that, “Ocean City seems to feel that the Constitution does not apply to them, but a high court will decide.”

Article 46 of the Maryland Constitution states, “equality of rights under the law shall not be abridged or denied because of sex.“