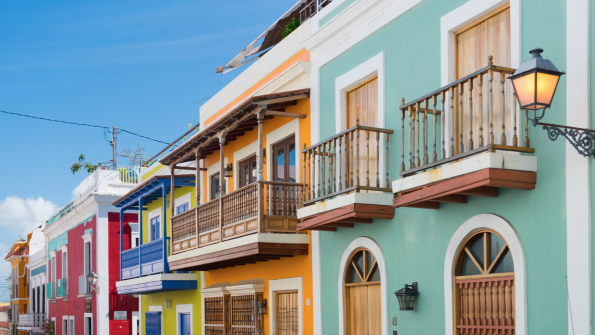 Puerto Rico has filed for a bankruptcy-like restructuring of its $70 billion debt, and many analysts are strongly suggesting that it serve as a wake-up call to municipal bond investors.

Puerto Rico has filed for a bankruptcy-like restructuring of its $70 billion debt, and many analysts are strongly suggesting that it serve as a wake-up call to municipal bond investors.

The filing occurred after talks with the U.S. territory’s creditors failed, according to CNBC. The $70 billion restructuring is the largest ever for the U.S. municipal bond market, and will likely kick off legal wrangling between hedge funds, mutual funds and other creditors. The roughly $70 billion Puerto Rico filing dwarfs Detroit’s $18-$20 billion filing from 2013, the New York Times reports.

“After extensive discussions in good faith and the opening of the financial books of the Government of Puerto Rico to the creditors, there has not been sufficient progress in the negotiation," Puerto Rico's Governor Ricardo Rosello said in a statement, per CNBC.

Puerto Rico’s economy has been struggling for years, according to Quartz. The government has spent lavishly, the economy hasn’t been able to recover from disappearing tax breaks and the government’s debt has gradually grown over time.

Puerto Rico cannot file for Chapter 9 bankruptcy, as it is an unincorporated territory, Quartz reports. In 2016, Congress gave Puerto Rico the ability to file for bankruptcy under the Puerto Rico Oversight, Management and Economic Stability Act (PROMESA).

Some analysts believe that the bankruptcy should be a learning experience for investors and creditors, while others say the move has consequences for the markets.

Writing for The Motley Fool, Maurie Backman says, “While it's too soon to know how dire the recovery for investors will be, it's safe to say that countless older Americans will need to regroup and rethink their plans for retirement.”

“We see with growing and concerning frequency borrowers treating repayment as optional, as the redemption provision in their bonds themselves,” Rich Ryffel, a senior lecturer in finance at Washington University in St. Louis’s Olin Business School, tells Wash U.’s The Source. “The problem is that the markets depend on this second lending standard and as it erodes, the availability of municipal credit will both shrink and become more expensive for all market participants.”

Analysts agree, however that the negotiations will take time, Reuters reports.

"It will be an orderly process that should be better for creditors in the aggregate than a chaotic and uncertain period involving proliferating lawsuits," Moody's Investor Services Analyst Ted Hampton told Reuters.