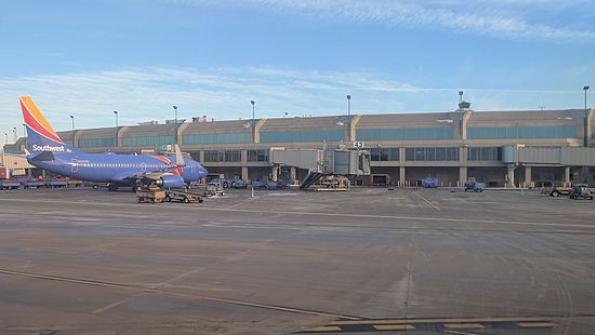 President Trump’s $1 trillion infrastructure plan is one step closer to being reality with the selection of Norman F. Anderson to prioritize projects for the investment.

President Trump’s $1 trillion infrastructure plan is one step closer to becoming reality with the selection of Norman F. Anderson to prioritize projects for investment.

Anderson is the president and CEO of global infrastructure strategy firm CG/LA, according to the Chattanooga Times Free Press. Anderson also worked with the Clinton Administration’s Transportation Secretary in the 1990s, Fox News reports.

“He's one of the few people in this country that actually really knows and has worked with infrastructure,” Republican National Committee Treasurer Tony Parker told Fox News.

During the presidential transition period, Anderson helped a Trump transition task force compile a list of infrastructure priorities, as Anderson detailed in a Fox opinion piece. Among the list of priorities was rebuilding the U.S.’s 450,000 miles of electricity transmission lines, upgrading satellites and revitalizing the Mississippi River.

More location-specific projects on the list include building a 250-mile high-speed rail from Dallas to Houston, repairing North Carolina’s dilapidated I-95 corridor and rebuilding the Kansas City International Airport, according to the McClatchy D.C. Bureau.

Anderson is confident that infrastructure investment holds great benefits for the country. He predicted in his Fox opinion piece that rebuilding the national electricity system could bring in $30 billion in new capital and 51,000 jobs. He believes that in total, the projects on the list will create 750,000 jobs with annual salaries of between $60,000 to $80,000, per Fox.

"This can be the win for the country," he told CNBC of the infrastructure plan in early April. "It's got 'bipartisan' written all over it."

Anderson has already thought about which projects the trillion dollar infrastructure plan will fund, according to Fox. He plans to prioritize projects that are ready, ones that will create jobs and ones the private sector can invest in.

“I think what you do is you look at jobs. And not just the jobs that are created by the project,” he told Fox. “You’re talking about all the manufacturing jobs that go into the project.”

However, Anderson believes some regulatory obstacles for infrastructure progress must be addressed, per Fox.