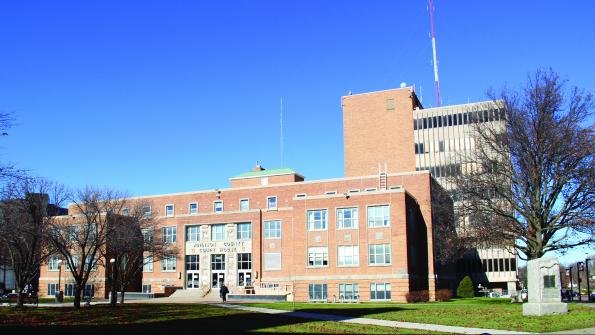 Counties use various strategies to devise new taxes and get voters on board with them.

Nobody enjoys paying taxes, yet they are a key method counties and cities use to fund civic projects. When local governments decide to propose new or increased taxes, they often use several strategies to seek public input and outreach public education to win voters over to the idea of them.

Such campaigns can be daunting, especially when projects don’t directly impact most citizens. Wake County, N.C., faced this issue when it sought to pass a half-cent sales tax increase to fund a 10-year plan to triple bus service and add 37 miles of commuter rail throughout the county.

“You’re selling a half-cent sales tax and a $2.3 billion plan for something that 85 percent of people aren’t going to use,” says Wake County Commission Chair Sig Hutchinson. “So you have to talk to them in a language they’re going to understand, which is congestion and choice.”

Increasing Wake County transit had been discussed for about 15 years, and in 2009 the North Carolina state legislature authorized the counties of Wake, Durham and Orange to institute voter-approved sales taxes to help fund regional transit, according to Hutchinson and county data.

County officials took about 15 months starting around mid-2014 to revamp its transit plan through a consultant-driven, public process, Hutchinson says. About 80 Wake County citizens representing many interests were brought in to work with consultants to design the plan, while “hundreds” of public meetings and hearings were held about the plan, he says. The planning committee was made up of professionals in business, environmental matters, unions, the AARP, real estate and the homebuilders association.

“It was an extremely transparent and extensive public process in designing this plan,” Hutchinson says.

The county used information gained from these meetings and hearings in creating the new transit plan. In June 2016 the county approved the plan and put the sales tax on the ballot, according to advocacy group Moving Wake County Forward.

Hutchinson acknowledges that advocacy and education efforts organized largely by the Raleigh Chamber of Commerce — with no input from the county — helped communicate information to the public. However, county employees visited numerous groups to educate citizens about the transit plan. Ten out of Wake County’s 12 municipalities endorsed the tax; while the two others opted not to endorse the tax, they were not opposed to it, Hutchinson says.

While some local taxpayers organized opposition to the tax, it scored a slim victory in November with 53 percent voting yes and 47 percent voting against, according to Hutchinson. The tax was set to be implemented on April 1.

“This is hard work,” Hutchinson says. “It’s not easy when you consider that 85 percent of people are not going to take [the funded transit]. Then you’ve got another group of people who don’t want to pay any new taxes. Or people who do take it, they don’t think it’s going to help them.”

County officials had discussed the need for a new courthouse and coroner’s facility since the early 2000s. The over-60-year-old courthouse had numerous external and internal problems, and the county had also been using a private, outdated coroner’s facility. Public inputs had been taken and several plans proposed during this time.

A 15-member citizens’ advisory committee consisting of professionals and members of the general public was formed for the project in 2014, Eilert says. This group looked at information the county provided and presented several proposal options to the county commission. The county made the issue a priority to be funded in 2015.

Being part of the Kansas City metropolitan area, 22 percent of Johnson County’s sales taxes are collected from visitors outside the county, Eilert says. That fact combined with feedback from six public input sessions held around the county in early 2016 indicated that the public preferred sales tax funding over property tax funding, according to county officials. Having previously secured state legislature authorization for a 10-year, voter-approved, quarter-cent sales tax increase for public safety funding, the county approved a measure for using the tax to build a new courthouse and coroner’s facility to appear on the November ballot in May 2016.

Between May and November, county officials like Eilert and Johnson County District Attorney Steve Howe met with over 75 civic groups in the county to present information about the tax and its project, Howe says. Howe and Eilert spoke about the measure to the city councils and chambers of commerce in all 20 of Johnson County’s cities, as well as civic clubs, senior groups and “basically everybody who would let us in the door,” Eilert recalls. “It was a busy summer.”

At these gatherings, officials presented measure-related documents and a 10-minute county-produced video that highlighted issues with the courthouse and private coroner’s facility, Eilert says.

“People had no idea how those [coroner-related] activities work, and when they understood the type of facility that we had to operate in, they were ready to support the coroner’s facility,” Eilert says.

Utilizing the courthouse itself proved key in the measure’s victory, according to Eilert and county data.  In addition to the video, county employees gave several tours of the current courthouse and held courthouse open houses and public hearings that all showed the building’s issues. County officials relied on a website and social media to spread information, too.

“What we tried to do is put [the campaign] in terms of, we’re trying to serve the public and the needs of the public, and that was the reason for this campaign,” Howe says.

Ultimately, the November vote was a close victory — 53 percent voted yes, while 47 percent voted against it, Eilert says. The tax was implemented on April 1, and construction of both buildings is anticipated to begin in 2018.

Even when a tax is proposed to fund an item used by most residents, public input and education campaigns sometimes aren’t enough to influence taxpayers’ votes in favor of new taxes. Such was the case when, in November, Clackamas County, Ore., voters shot down a seven-year, 6-cents per-gallon fuel tax to fund maintenance for Clackamas County’s nearly 1,400 miles of county roads.

“These bills are always difficult to pass, it’s always a heavy lift,” Heider says. “And we knew that this was a heavy lift based on what we were facing.”

Starting in early 2016, Clackamas County officials crafted the fuel tax package in a transparent public process, with the board of county commissioners discussing and listening to public testimony about the tax in several town halls and public hearings, Heider says.

Public turnout at the hearings and town halls varied, but Clackamas County also sought feedback and raised awareness of the tax through city partners, community planning organizations and a city-county summit on transportation.

Results from a May 2016 county ballot item showed that 68 percent of voters thought the fuel tax would be an appropriate November ballot measure, Heider says.

County commissioners also presented the tax issue to local chambers of commerce, community groups and “pretty much anybody that wanted to speak to them about this issue,” Heider says. People and organizations supported the tax, and Heider couldn’t name any organized opposition to the tax.

Nevertheless, the tax measure failed in November, with 63 percent voting against and 37 percent voting in favor, per Heider and county data. Road funding continues to be a priority for Clackamas County, and Heider expects the issue to be addressed again within the year.

Eilert, Hutchinson and Heider all admit that educating voters on the merits of a tax increase is difficult. But comprehensive education and citizen involvement can be invaluable to such a campaign.

“In a campaign like this, it’s basic campaign activities– educate, educate, educate,” Eilert reflects. “And if you can have enough opportunities to share information with the taxpayers, those who have to make the vote, then success is possible.”