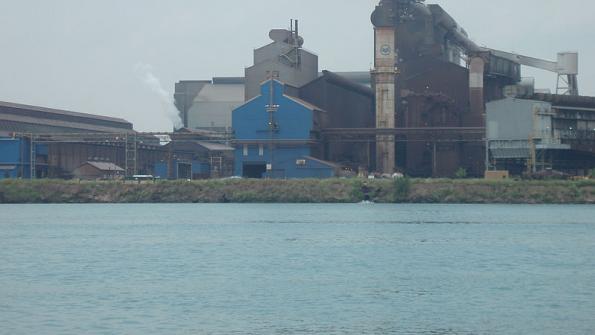 On April 19, the Detroit Water and Sewerage Department (DWSD) began shutting down water service for some residents who have failed to keep up payments.

On April 19, Detroit Water and Sewerage Department (DWSD) began shutting down water service for some residents who have failed to keep up payments.

The move threatens 17,995 households, and the DWSD sent out notices about 10 days before the scheduled shut offs to warn residents about their unpaid bills, according to The Detroit News.

Not all threatened households will have their water cut off. Service will remain in place for customers who called the DWSD prior to the shut off and either paid part of their bills or arranged for payment plans, The News reports.

The DWSD expects 90 percent of the affected households to contact the department in the 10-day period upon being notified, the Detroit Free Press reports.

"Every resident in Detroit has a path to not have service interruption," DWSD Director Gary Brown told the Free Press. “We don’t expect to have nearly the amount of shutoffs we did last year… If they do get service interruption, within 24 hours they’re going to be back in and we'll get them on payment plans."

The city has steadily lowered the number of shutoff-eligible customers over the past few years. Last year, 24,302 were eligible for shutoff, and in April 2014, about 40,000 were eligible, The News reports. As of April 10, 78 percent of the department’s residential accounts are either current or on a payment plan, the Free Press reports, with 19,218 customers on a payment plan.

That number includes 5,766 households that are enrolled in Detroit’s Water Residential Assistance Program (WRAP), the Free Press reports. The city has put $5 million into the program since March 2016, and the program has a 90 percent retention rate, The News reports.

However, the city has its critics for its water-related practices.

“We shouldn’t be thinking this is acceptable in our community,” Sylvia Orduno, an organizer with the Michigan Welfare Rights Organization, told The News. “It’s not OK for Detroit to keep shutting off thousands of people every year, multiple times a year. There are real people behind these numbers.”

Ordain added that the program won’t bring long-term relief, The News reports. However, Brown has vouched for the program’s success.

"It's been hugely successful," Brown told the Free Press. "Detroit is pretty slow to catch on that this is a pretty robust program. I'm hoping at the end of this year to get it down to 4,000 or 5,000 [delinquent accounts].”

The DWSD is one of the largest water and sewer utilities in the country, per the DWSD site. The department serves over 200,000 residential and commercial accounts with over 2,700 transmission miles and almost 3,000 sewer collection piping.