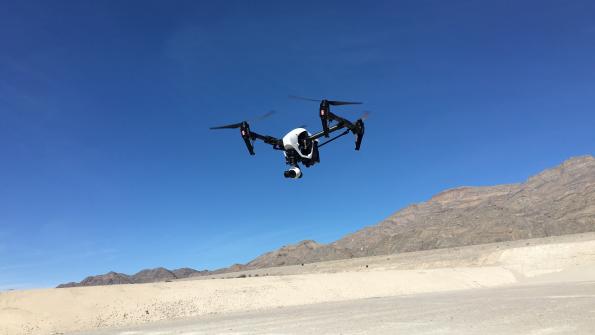 What local governments need to know about operating drones

Local governments are using drones and unmanned aerial vehicles (UAV) for a variety of tasks. In Los Angeles, the sheriff’s department is deploying an unmanned aerial device to aid deputies responding to arson scenes, suspected bombs and hostage situations.

In Westfield, Mass., the city council has accepted a $15,000 gift to the police department to purchase a new drone. The unit will provide an overhead look at traffic patterns when policing the Great New England Air Show and other special events. The device will also be used in search-and-rescue cases and to get a bird’s-eye view at crash sites.

GPN reached out to Matt Sloane, CEO of Decatur, Ga.-based Skyfire Consulting, for his advice to local governments about UAV operations.

Skyfire is a public-safety-specific UAV company that offers governments and other organizations the equipment, training, and FAA consultation needed to acquire their FAA Certificates of Waiver or Authorization (COA) to operate UAVs. The firm is an authorized equipment dealer, authorized service provider and official FAA COA consultant. The firm is an official public safety partner with the world’s largest drone company, DJI. Sloane’s views are below.

GPN: What should a city or county government or police department do if it is thinking of acquiring a drone fleet for city use?

Matt Sloane: There are several things you need to evaluate when starting a UAV program, but among the first steps is understand how your city administrators and your community feel about drones. If the city manager or mayor is not on board, you may need to do some education before moving forward. In addition, you may want to consider how this program will be viewed in the community. If you’re likely to hit a lot of resistance, that’s something to be aware of going into the program.

You also want to have a good idea of how your department will use the drone, who will fly it, and what your budget is for the program. It’s helpful to know these things when you start researching.

GPN: Are there any drone models best suited for governments?

MS: Absolutely. We typically recommend the DJI Inspire 1, because it is relatively low-cost, easy to fly, easy to get replacement parts for, and has been tested by thousands of other users. For $1,999, you can get a drone that transmits back a live, HD video signal to the remote, has the capability of adding thermal imaging and zoom cameras, has the ability to carry and drop payloads (a life jacket, a radio, etc.), and can withstand up to 40-mile -per-hour winds.

It does have some drawbacks. Flight time is around 20 minutes per battery, and it is not all-weather. But to achieve all of these things in one package, you’d be looking at a drone in the $50K-$80K range.

GPN: What is the first step a city or county should take RE drone use? What local government departments/agencies are most likely to need/use drones? Police, building departments, highway departments?

MS: Police, fire and emergency management are the most common, but we do see use by public works and GIS departments as well. The nice part is the city or county only needs to obtain one Certificate of Authorization (COA) from the FAA to fly, and the entire city or county then becomes eligible to operate under it.

Again, the first step is identifying who will fly it, for what purpose, and to make sure you have the support of city management.