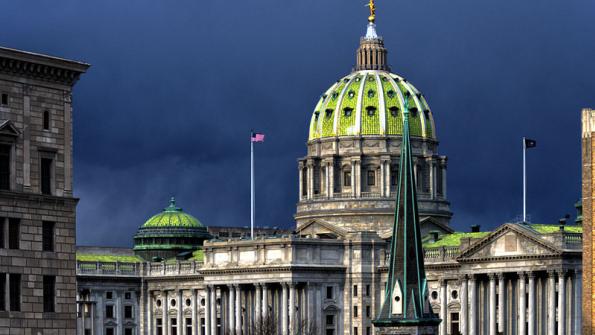 Several cities across the U.S. are grappling with rising municipal and state pension costs, being forced to pass legislation or abstaining from reinstating previously cut government programs.

Several cities across the U.S. are grappling with rising municipal and state pension costs, being forced to pass legislation or abstaining from reinstating previously cut government programs.

The Sacramento (Calif.) Metropolitan Fire District is expected to pay 26 percent more in retirement costs — $34 million total — than it did 10 years ago, according to the Sacramento Bee. That retirement plan is among 10 others in its region that will cost local governments on average 42 cents for every dollar in current  employee salary costs next year.

Over the past several years, increased pension costs during the Great Recession led Sacramento to close three of its fire stations, the Bee reports. What’s more, the state’s retirement system decided to forecast lower investment returns starting in December, making governments and certain employees increase their pension contributions. The most expensive pension plans tend to be those of police and fire employees.

“This is going to be significant for many cities and it’s going to mean some tough decisions,” municipal finance expert Michael Coleman told the Bee. “You may have cities that will make cuts that go way below their standards for services.”

State representatives in Pennsylvania have raised attention towards the need for curbing costs for state and municipal pension plans, according to The Citizens’ Voice. Scranton, Pa.’s pension fund is particularly distressed, with $158 million in unfunded liabilities as of 2015.

So far, a solution for Scranton and Pennsylvania in general has not been reached. State legislation provisions to move new police and firefighter hires to alternative benefit pension plans were stalled last year, with opposition from senators of both parties and the Pennsylvania Fraternal Order of Police, The Citizens’ Voice reports. The opposition stems from the fact that those hires do not receive Social Security payments.

Nashua, N.H. faces similar issues with its state pensions, according to the New Hampshire Union Leader. The city faces a $2 million increase in state pension obligations that, given the downshifting of expenses, will result in an additional $15 million in expenses facing Nashua taxpayers compared to the city’s share nine years ago. Options such as cutting city services and jobs, having state legislators adjust pension requirements or overriding the spending cap were explored as solutions to the issue.

However, the Nashua Board of Aldermen ultimately found a solution in voting to support legislators’ efforts to assist with pension costs. The resolution was approved on Jan. 23.

“The Board of Aldermen of the city of Nashua holds that it is fundamentally unfair, and unnecessarily burdensome to demand that the current residents of Nashua pay simultaneously the retirement costs of the past, the present and the future due to the state’s handling of the trust fund,” the resolution that officials adopted states, per the Union Leader.