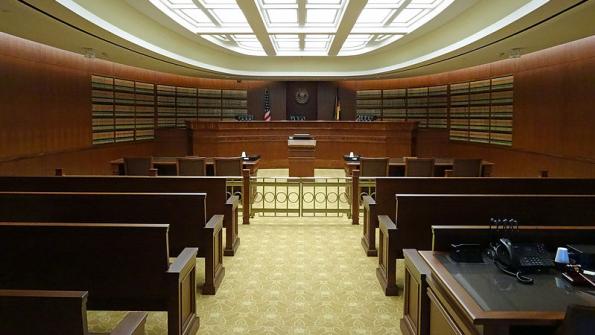 Denver has created a new homeless outreach court that aims to give homeless people in Denver better access to legal services to ultimately keep them out of the criminal justice system.

Denver has created a new homeless outreach court that aims to give homeless people in Denver better access to court services to ultimately keep them from becoming caught up in the criminal justice system.

“[The] Denver Outreach Court is designed to increase stabilization and reduce future interactions with the justice system for individuals experiencing homelessness or receiving homeless or transitional services,” Mayor Michael Hancock’s office said in a statement, per CBS Denver. “The court helps individuals take action on municipal level citations or warrants and provides direct access to mental health services and enrollment in Medicaid.”

In addition to diverting the homeless from the criminal justice system, the program is designed to cut costs to the court and criminal justice system, 9News reports. City estimates show that about 50 percent of the city's issued warrants are related to people who are listed as homeless or transient. The city's most arrested and cited person, a 35-year-old homeless man named Tyrone Henry, has cost Denver taxpayers over $154,000, the city's finance department estimates.

Homeless courts have a precedent in Denver — one was established in 2005, according to The Denver Channel. However, in its two years of operation, only 46 cases were heard. Of that number, only half of the court's participants followed the court's ruling.

So far,  the Denver Outreach Court has heard over 148 cases since it began in December, according to CBS Denver.

“People living with homelessness are in survival mode, so taking care of a ticket is probably not their first priority,” Regina Huerter, executive director of the city’s Behavior Health Strategies Office, told 9News. “By our ability to bring the court to them, we are able to meet them in a place where they feel safe.”