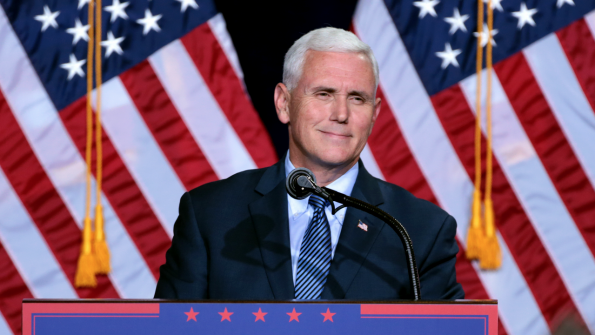 Over 300 mayors to attend U.S. Conference of Mayors meeting in D.C.; some to stay for inauguration

A group of hundreds of mayors will be attending the 85th Winter Meeting of the U.S. Conference of Mayors (USCOM) in Washington, while some will attend the inauguration of president-elect Donald Trump later that week.

Hundreds of mayors from across the county are currently attending the 85th Winter Meeting of the U.S. Conference of Mayors (USCM) in Washington, and some also will attend the inauguration of president-elect Donald Trump.

The 85th Winter Meeting started on Tuesday and will last until Thursday. The presidential inauguration is on Friday. Speakers of note at the meetings include Vice President-Elect Mike Pence and U.S. Senator John Cornyn (R-TX).

“I want the chance [to talk to them] if at all possible. We are working on it to talk about city needs and about infrastructure, transit, and housing and urban development grants,” she said. “It is a great opportunity to promote the City of Fort Worth and cities in general.”

As president of USCM, Oklahoma City Mayor Mick Cornett will lead the Winter Meeting, according to NewsOK. He also led a bipartisan group of mayors to speak with Trump in New York last month concerning the interplay between the federal government and mayors.

New York Mayor Bill de Blasio will attend and give remarks at the Winter Meeting, but he will be protesting the Trump inauguration as part of a group that includes actor Mark Ruffalo, filmmaker Michael Moore and the Rev. Al Sharpton, ABC News reports.

Several mayors who have voiced their disapproval of Trump have either said they will attend the inauguration or might attend. Republican Miami-Dade Mayor Carlos Giminez, who had backed Hillary Clinton during the presidential election, said he will attend Trump’s inauguration, according to the Miami Herald. Cambridge, Mass. Mayor E. Denise Simmons, also the country’s first black, openly lesbian mayor, has said she may attend the inauguration, the Boston Globe reports. Simmons is pre-registered to attend the Winter Meeting; Giminez is not, per USCM records.

“There are legitimate reasons why I have contemplated attending this week’s inaugural: to protest, to bear witness to history, and simply to stand tall and be a visible reminder to Mr. Trump and his supporters that people like me – and the people I represent – aren’t going into hiding for the next four years,” Simmons said in a statement.