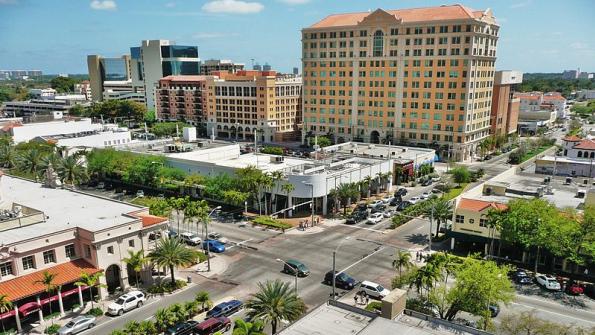 Cities across the U.S. are fostering relationships with tech companies to better serve their residents.

Cities across the U.S. are fostering relationships with tech companies to better serve their residents.

Las Vegas is broadening the ways in which their residents can access and learn about city services by building an application for the Amazon Echo, the Las Vegas Review-Journal reports. The Echo, which sells for about $180, serves as an audio speaker, utility controller, virtual personal assistant and app platform for the home by connecting with Amazon’s Alexa Voice Service.

The app that the city’s IT department is building will eventually let residents pay bills and fees, check bill balances, check the status of applications and permits and get more information on city services and officials, the Review-Journal reports. The application, which will allow citizens to create a profile on the city’s website and customize how they interact with Alexa through the app, is expected to be completed in 2017.

There are also plans for the application to be used internally, for purposes including human resources functions and budget information.

“We are forging way ahead of most cities, even cities that have more resources than we do,” Las Vegas Development Services Systems Manager Rick Virmani told the Review-Journal.

Meanwhile, Coral Gables, Fla. has partnered with Uber to create a promotional campaign for getting citizens to use the riding service instead of fighting to get through traffic and finding parking, the Miami Herald reports. The campaign will also aim to get more people to visit the city’s Miracle Mile road stretch, which runs through the city’s central business district.

Coral Gables’ Uber campaign will include designated drop-off and pick-up zones for Uber and the company’s food delivery service UberEats as well as promo codes for city events, the Herald reports.

“Anything we can do to make our city user-friendly and bring people here in a safe manner,” Coral Gables Chamber of Commerce President Mark Trowbridge told the Herald. “We all know the places that are impacted by having an Uber alternative or transit alternative do better for business.”

Social navigation app Waze has instituted a partnership program called the Connected Citizens program, which allows partners to receive incident and traffic information as well as reroute Waze users around incidents faster, per the app’s website. The Waze app is a navigation app that allows its users to submit information on road hazards, traffic, incidents and delays in real time. Many cities such as San Diego, Asheville, N.C. and Fort Worth, Texas opted into the program this year, according to various news sources.

Johns Creek, Ga. partnered with Waze in August 2015, according to the Atlanta Journal-Constitution. In November however, the partnership expanded such that it became the first city to share real-time business location data with the app. The data is derived from business license applications and renewals at not cost to the city.

“If you search for a place to eat or shop in an app on your phone, you’re most likely searching by the name of the business and not a specific address,” Johns Creek’s Senior GIS Manager Nick O’Day told the Journal-Constitution. “By sharing business information to Waze with the business name tied to a latitude and longitude, it makes the experience faster and easier.”