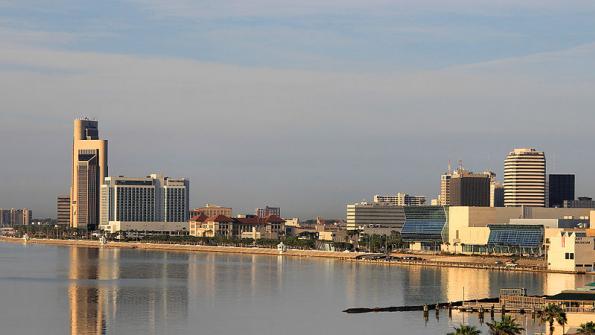 On Thursday, city officials announced that between three and 24 gallons of an asphalt emulsifier called Indulin AA-86 had entered the city’s water supply due to a back-flow incident at the city’s industrial district, CNN reports. A later announcement that day stated that industrial tanks may have released two chemicals — indolent and hydrochloric acid — into the city’s water supply, the Corpus Christi Caller-Times reports.

Corpus Christi officials had previously announced via a news release on Wednesday night that an unknown substance in unknown quantities had infiltrated the water supply. Delays in releasing the name of the chemical occurred due to city procedures, local TV station KRIS-TV reports.

“Do not use your tap water, use only bottled water,” the release stated. The release also instructed all city residents to avoid any contact with the tap water and to not try to treat the water themselves, as “boiling, freezing, filtering, adding chlorine or other disinfectants, or letting the water stand will not make the water safe.”

The city announced on Thursday that it would distribute 27,000 cases of emergency bottled water, ABC News reports. Officials also said they would set up drive-through centers to hasten distribution. The Texas Department of Emergency Management is also arranging bottled water shipments to the city, the San Antonio Express-News reports.

This incident marks the fourth water issue Corpus Christi has encountered in nearly a year, the Caller-Times reports. Three advisories for residents to boil water were issued in 2016, which led to the city manager’s resignation and — some argue — current mayor McQueen defeating the then-incumbent mayor in the city’s November election.

Unlike the previous water problems, a third party is being blamed for the current issue. On Thursday, city crews checked the infrastructure at Ergon Asphalt, the suspected contamination site, KRIS-TV reports.

"When we were there previously there was a determination that there was no backflow preventer,” Corpus Christi Media relations Director Kim Womack told KRIS-TV. “Both the property owner and lessee are claiming there is a backflow preventer and city staff is now investigating that."

McQueen was emphatic that the issue was caused by a third party, according to ABC News. “None of this was caused by the city,” he said at a news conference. Nevertheless, a city council member later said the city needed to take responsibility for remedying the situation, regardless of guilt.

“We need to make sure we're putting every policy every rule, everything we can to make sure they follow safe water so this doesn't happen,” Council Member Carolyn Vaughn said at a news conference, per KRIS-TV.

The water ban was lifted on Sunday after 28 samples of water returned without positive results for unacceptable amounts of Indulin AA-86, CNN reports.

"We're going to continue the sampling process and the city is still in a partnership with [the Texas Commission on Environmental Quality] and with the [Environmental Protection Agency] on evaluating our entire water system," McQueen told CNN.