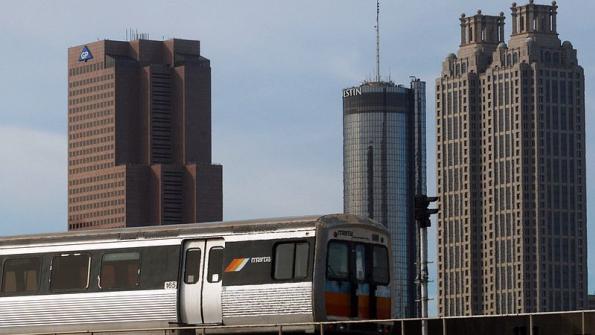 Election Day proved to be a success for many cities, counties and states passed public transit-related ballot measures.

Election Day was a success for the many cities, counties and states that were trying to pass public transit-related ballot measures.

In total, 33 of 49 local and state public transit ballot measures passed, according to an American Public Transportation Association (APTA) news release. The November ballots cap off a record year for transit measures on ballots — 77 measures appeared on ballots in 2016, marking the highest number recorded, according to the APTA release.

“This remarkable passage rate for public transportation measures sends a strong message to President-elect Donald Trump and to  Congress that Americans support moving forward with funding from all levels of government that connects infrastructure investment with job opportunities and our country’s economic vitality,” APTA Acting President and CEO Richard A. White said in the APTA news release.

Several cities passed 0.5 percent sales tax increases to fund new transportation projects as part of their ballot measures. Charleston will use the increase to fund the area’s first rapid transit bus line, maintenance and improvements to the city’s existing buses and other transportation projects, according to an Amalgamated Transit Union (ATU) news release.

Los Angeles County’s increase will fund $120 billion in transit operations and construction over 40 years, Wired reports. The tax will also fund pedestrian and biking infrastructure and road repair, according to nonprofit Next City.

Other cities and counties voted to expand transit systems beyond individual cities. Marion County, Ind. will use a 0.25 percent sales tax increase (projected to raise $56 million per year) to fund a regional rapid transit network of bus transit lines, per the ATU release.

As a result of ballot measures, the metropolitan Seattle area’s regional transit authority Sound Transit will receive $54 billion to add 116 miles of light rail extension to extend from Everett, Wash. to Tacoma, Wash., Next City reports. The extensions will be built in King, Pierce and Snohomish Counties.

“Voters have spoken through the ballot box, and they said they want more public transit and are willing to pay for it,” ATU International President Larry Hanley said in the news release. “Even Americans who don't depend on transit themselves voted for it because they understand we all need better transit for economic opportunity, cleaner air and less congestion.”