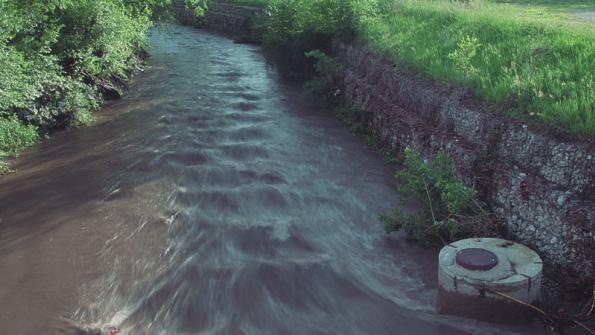 The initiative involves the cities utilizing an online toolkit, technical assistance and a draft guide the EPA has created to help communities develop long-term plans for managing stormwater pollution, WaterOnline reports. So far, the guide has been released, but the online toolkit will be released in the future, according to the EPA’s website.

“We are delighted to be working with the EPA and New Mexico Environmental Department on this forward-thinking project,” Santa Fe Mayor Javier Gonzalez said in an EPA news release. “This community owes so much of our history and culture to our river, and as mayor, I am always looking for ways to work together with those who would restore the river's physical beauty and biodiversity as it creates jobs and honors our heritage.”

Burlington is creating a plan that will incorporate the city’s Clean Water Act-leveled responsibilities, according to an EPA release. While the EPA will lead the initiative’s stormwater management project, it will coordinate with the city manager’s office while the Iowa government supports the project.

For Hattiesburg, a major goal is to revitalize the city’s midtown district, an EPA release notes. A creek that bisects the midtown serves as a tributary to another creek that discharges into the Leaf River. As E. coli and nutrient pollution has damaged the Leaf River, the city’s project will seek to improve water quality in the area.

"When communities link the timing and implementation of stormwater projects with broader planning activities, they can reduce costs and support more sustainable local development," Beauvais said in the news release.

Over 750 cities’ sewage systems overflow into waterways during storms, and an estimated 10 trillion gallons of untreated stormwater washes through sewer systems and into waterways each year, according to the National Resources Defense Council.

“Adequate stormwater infrastructure plays a vital role in the health of streams, rivers, and lakes,” EPA Regional Administrator Ron Curry said in an EPA news release. “We continue to equip communities with the tools they need to help advance water management and integration of new green infrastructure technologies.”