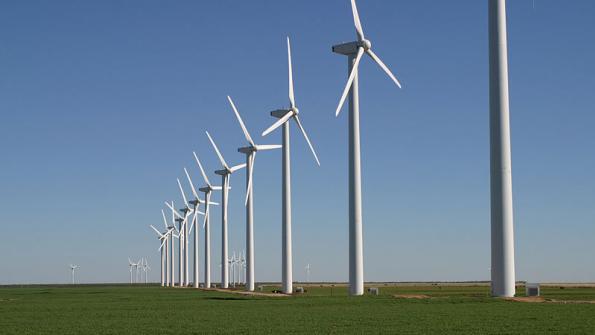 Cities across the U.S. commit to 100 percent renewable, clean energy

Several cities across the country are transitioning to 100 percent renewable energy or are exploring the feasibility of doing so in the future.

Several cities across the country are transitioning to 100 percent renewable energy in the future or are exploring the feasibility of doing so.

“I think this endeavor is to really make a statement and become part of that accumulative affect of small towns across the country, or even larger towns like Salt Lake City, to build a critical mass because I believe the solution and the work that needs to be done has to be from the ground up,” Park City Mayor Jack Thomas told KTVX.

Salt Lake City also announced a goal to reach 100 percent renewable energy usage by 2032 earlier this year, KTVX reports. Both Salt Lake City and Park City have partnered on a feasibility study to determine what additional clean energy sources may need to be created to allow both cities to reach their goal. The study is expected to be completed later this year.

“Utah is one of the ten sunniest states in the union and in the last few years we’ve really crossed a threshold where the economics of solar have become really feasible both for rooftops all the way up to large scale utility projects,” Salt Lake City Sustainability Program Manager Tyler Poulson told KTVX. “And so the time is right now to develop based on our local resources, drive local clean energy jobs and really make a win not just for Salt Lake City and Park City, but Utah as a whole.”

On Aug. 31, Boulder, Colo., pledged to become 100 percent powered by renewable electricity by 2030, EcoWatch reports. The city also has a goal of achieving an 80 percent reduction in greenhouse gas emissions by 2050. That day, Denver announced that it too would be examining how it might run completely on clean energy in the future.

Both announcements were made at an event hosted by the Sierra Club as part of its Ready for 100 campaign, which seeks to get U.S. cities to commit to using 100 percent clean energy by 2030.

“Climate change is the issue of our time, threatening to fundamentally change the way we live our lives. We are already experiencing increasingly intense and frequent wildfires, declining snow packs, droughts and more extreme weather events,” Boulder Mayor Suzanne Jones told EcoWatch. “We can act as a model for cities across Colorado to craft a sustainable future by shifting our energy model from the dirty fossil fuels of the past to clean, renewable energy.”

While it hasn’t made a commitment yet, Los Angeles unanimously approved a measure that will task the Los Angeles Department of Water and Power (LADWP) to devise a plan for achieving 100 percent clean energy usage, according to North American Wind Power Magazine.

“This legislation will make sure that our transition to 100 percent clean energy happens as quickly and as strategically as possible and serves as a roadmap for other cities that want to join the clean energy future,” Mike Bonin, a Los Angeles Councilman and a co-author of the measure along with Councilman Paul Krekorian, said in a news release.

As part of the measure, LADWP will devote a group to identifying investments and priorities needed for the transition, North American Wind Power reports. The group has 90 days total to submit a timeline for the study.

“For the third year running, Los Angeles was ranked as the most polluted city in the country, which is unacceptable and unhealthy for our families and neighborhoods. Today’s vote puts Los Angeles on a path 100 percent clean energy, which will reduce greenhouse emissions, cut pollution and lead the city toward greater energy efficiency,” Kerkorian said in the release.

Burlington, Vt. was the first U.S. city to achieve 100 percent reliance on renewable energy in September 2014.

For more information on the economic argument for switching to renewable energy, read American City & County’s coverage of the subject here.