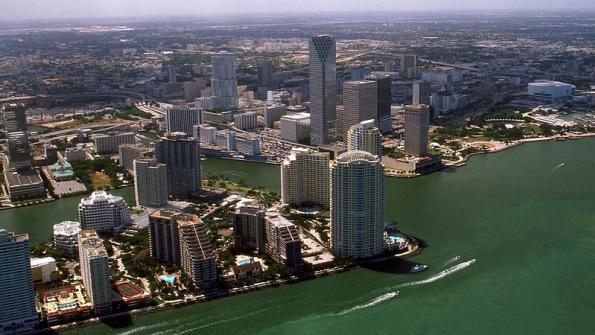 A new Zika virus transmission zone has been discovered in Miami as Florida officials send over $7 million to Miami-Dade County to fight the spread of the virus.

A new Zika virus transmission zone has been discovered in Miami and Florida officials have sent over $7 million to Miami-Dade County to fight the spread of the virus.

The new zone consists of a 1-square mile area near the city’s Little Haiti area, the New York Times reports. Three men and two women have been infected in the zone.

It’s the third such neighborhood identified as a Zika virus transmission zone. The first, Wynwood, has already been declared safe, CNN reports. Florida officials tripled the size of the second, a now-4.5 square mile portion of Miami Beach, in mid-September. Wynwood was linked to 36 exposure cases, while Miami Beach has been linked to 64 exposure cases, the Miami Herald reports.

Florida Governor Rick Scott allocated $7.4 million to the city so it could hire more mosquito control workers and increase spraying, according to the Herald. This brings the state-contributed funds to fighting Zika in Miami-Dade County to $12.4 million.

“We have seen that aggressive mosquito control efforts have worked in areas like Wynwood and we hope the county also aggressively sprays in this area so we can limit the spread of this virus and protect pregnant women and their growing babies,” Scott said in a statement, per CBS News.

Concerns have been raised about the aerial spraying done in the city, CNN reports. The concerns stem from possible heath side effects from the insecticides used in the spraying, which occurs at predawn and sunset. Experts say that the primary insecticide, called Naled, has been used since the 1950s and should raise no cause for alarm.

“Aerial spraying, using Naled and other insecticides, has been used in many populated areas of the continental United States, including Miami, Tampa, and New Orleans, to help control mosquitoes,” the Centers for Disease Control and Prevention (CDC) said on its website. “In 2014, almost 6 million acres of land in Florida was aerial sprayed with Naled by mosquito control programs.”

So far, Florida has 155 local cases of Zika and 736 cases that were contracted abroad, according to the Times.

While Zika’s symptoms are mild and do not show up in everyone who contracts it, the virus has been linked to the severe birth defect microcephaly and to Guillain-Barre Syndrome, which affects the nervous system, according to the CDC.