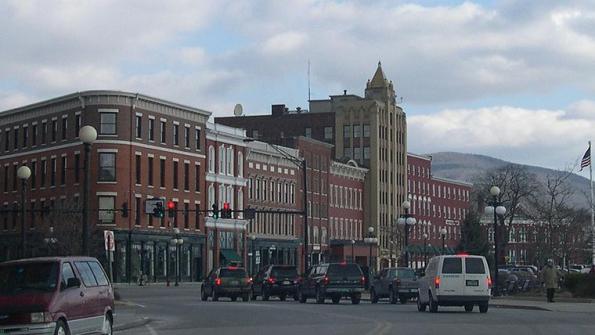 As the opioid epidemic continues to ravage communities across the country, cities are starting to adopt unique prevention methods outside of those based in the legal system.

“We recognize we couldn’t arrest our way out of the problem,” Rutland, Vt., Mayor Chris Louras said in a recent International City/County Management Association (ICMA) press call. “The police don’t have the resources to deal with every tangential issue associated with a raging addiction epidemic.”

Louras said he and other city officials discovered the addiction problem in their community during an uptick in quality of life crimes— burglary, larceny, shoplifting, etc.

After police were unable to significantly mitigate the issue on their own, Rutland adopted what Louras calls a “community-wide response” to combat addiction. The city brought together community action agency members, corrections professionals, the faith community, health experts, domestic violence experts as well as academics to combat addiction.

“We did find that the resources were there in the community; we just weren’t coordinating enough, and we had some pretty significant success over the past several years in driving down those quality of life crimes,” Louras said.

In Fort Lauderdale, Fla., City Manager and International City/County Management Association President Lee Feldman said that his city has also encountered opioid-related troubles. Specifically, Fort Lauderdale has gotten its “front-line” fire and EMS professionals to carry Narcan, a drug that reverses the effects of opioid overdoses. The city is deploying it to its police force and it’s also changed its health insurance plan to make Narcan available to their employees.

Feldman recognized the need for strategizing with nearby communities while focusing problem solving efforts on prevention and treatment. “You also have to recognize that the problem does not stop at your borders,” he said.

Rutland and Fort Lauderdale have also made use of GIS in combating the opioid epidemic. Rutland used data to discover that needles were common in littering spots. Louras said that the city is working to deploy its assets accordingly.

Fort Lauderdale recently created a map of the past 18 months’ worth of Narcan deployment to determine which areas of the city prevention and law enforcement professionals should be brought into.

“Our entertainment areas seem to be some of those hotspots,” Feldman said.

Feldman underscored ICMA’s strong role in fighting the opioid epidemic, specifically in providing training, resources and strategizing for best practices to its members to aid them in these efforts.

“This is an issue that affects every local government across our nation and across the globe,” he said.