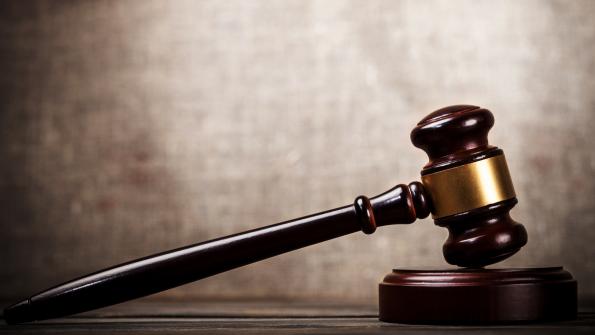 Litigation: You be the judge

Procurement professional Beth Fleming reflects on the significance of the fiscal and legal obligations that public procurement officials honor each day.

In case you haven’t realized it yet, it’s a tough job being government procurement official. Although it may be obvious, it’s important to reflect on the significance of the fiscal and legal obligations we have as public officials. A government purchaser is held accountable to the taxpayer, which requires understanding of the statutes and policies that protect the competitive environment.

Although there are consistent principles regarding broad practices and processes, there is not a uniform application within every state’s specific statutes. To further confuse the issue, interpretation of your state or local statutes and polices may vary depending on the specifics of a sourcing effort.

As a public purchaser, our job is no longer a simple “buying function” but it envelopes a myriad of complex sourcing choices that must be applied fairly and in the best interest of the agency. So how are we to know exactly how to proceed with a procurement that balances protecting the agency and public and is fair and transparent allowing for maximum competition?

Professional development gives us the framework for sourcing decisions and it also requires due diligence on our part to research and analyze best practices. There are a lot of tools at our disposal, especially as NIGP members, to assist in understanding all value opportunities and the substantial risks inherent with procurement decisions. A savvy procurement official will adequately scrutinize each situation and mitigate risks in the process. Studying public procurement decisions that have been challenged through the court system is one tool that explores varying statute interpretations.

A good example that we can learn from is a case reviewed by the Supreme Court of South Carolina, Sloan v. DOT (II), 2008, SC Supreme Court, Sloan v. Department of Transportation, 379 S.C. 160, 666 S.E.2d 236 (2008). This case is about a road-widening project that had been under construction for four years and about 73 percent complete.

Delays by the contractor resulted in a frustrated community demonstrated by a sign publicizing a public meeting to discuss the delays that read, “Bring a Rope!” The contractor was given 15 days’ notice to cure the default or the contract would be terminated. However, DOT rescinded the default letter and terminated the contract based on convenience. They justified the decision by declaring a default would cause the project to be turned over to the surety and it would be a shorter amount of time for DOT to procure a replacement contractor through the competitive bidding process.

However, DOT subsequently negotiated a contract with a previous subcontractor on the job and went through the stated procedures (Executive Director’s approval and ratification by DOT Commission) for determining an emergency and therefore, no bid process. The emergency declaration was based on ongoing safety concerns and inconvenience.

Sloan initiated litigation alleging no emergency existed to justify the procurement without bidding. The lower court granted a summary judgement in favor of DOT and Sloan appealed. The Supreme Court considered several motions on different issues with the crux of the case built on the emergency exemption from bidding. Opinion #26534 examines the issue in the context of statutory construction and the definition of an emergency. The Opinion cites several relevant cases to support their decision including one from California, Marshall v. Pasadena Unified Sch. Dist., 15 Cal.Rptr.3d 344 (Cal. Ct. App. 2004).

The outcome of this case and others were revealed at NIGP Forum this year in my session, “You Be the Judge.” It was an interactive session where participants reviewed relevant case law facts on several public procurement cases, considered the arguments from each party and then discussed the possible outcomes. The cases were relevant to all types of government agencies and included topics such as RFP protests, contract compliance, non-compliant bids, mandatory requirements and specification conflicts.

Litigation is an ugly word in public procurement. None of us want to be so exposed to the public and courts scrutiny that every process and statement is analyzed for fairness and accuracy. However, it does happen and understanding recent court cases, the arguments presented and the outcomes, assists procurement officials in establishing policies and procedures to better protect their agency and to establish fair and transparent access for suppliers.

Beth D. Fleming, CPPO, CPSM, C.P.M. is Director of Purchasing for Denton County, Texas. Under her leadership, her department is one of only six government entities in the United States to receive the Achievement of Excellence in Procurement award from the National Purchasing Institute for all twenty years since its inception. Fleming’s photo is above on the right.

Fleming delivered a “You be the Judge” presentation at the 2016 NIGP Forum on August 23.