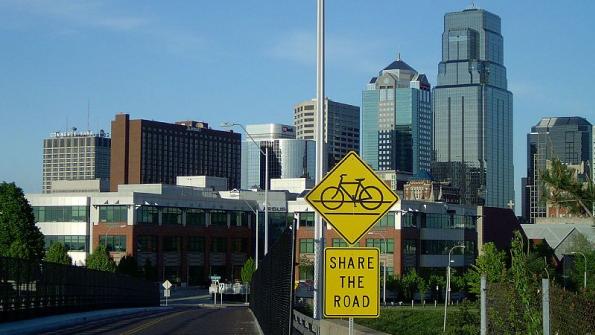 Kansas City, Mo. is considering adding two new streetcars and a route extension to its existing network due to a spike in demand.

Kansas City, Mo. is considering adding two new streetcars and a route extension to its existing network due to a spike in demand.

The city’s streetcar system, which charges no ridership fees, opened on May 6, the Kansas City Star reports. The covers 2.2s, and expected to serve 2,700 rides per day.

Instead, the system has averaged about 6,600 rides per day. On some Saturdays, ridership can surpass 10,000 rides, the Star reports.

It’s proven to be some of the highest ridership per mile of any transit system in the country, according to the Star. There have been over 835,000 rides in its first four months of operation, and the city expects to see its millionth ride soon, the Kansas City Business Journal reports.

The Streetcar Authority voted to create a financing plan for two additional streetcars to the current fleet of four, local TV station KMBC reports. Officials will also conduct a feasibility study to extend the route north.

The study, which PortKC and the Kansas City Transportation Authority will help carry out, is expected to take six months and cost $225,000, according to the Kansas City Business Journal.

The two streetcars will cost around $3.5 million each and won’t become available until 2019, the Journal reports. Excess revenue from the transportation development district sales tax that funded the starter line is expected to partially fund the new streetcars.

“It’s a good problem to have,” Johnson told the Star.

However, the system has a $7 million surplus, which occurred partially due to incurring more sales tax revenue than expected in the streetcar taxing district, the Star reports.

A Jackson County Circuit Court judge ruled on Sept. 28 that elections could be held to obtain voter approval to pay for another proposed route expansion, the Associated Press reports. This extension would link the streetcar line to the University of Missouri-Kansas City, according to the Kansas City Business Journal.

That expansion is estimated to cost $227 million, according to the AP.