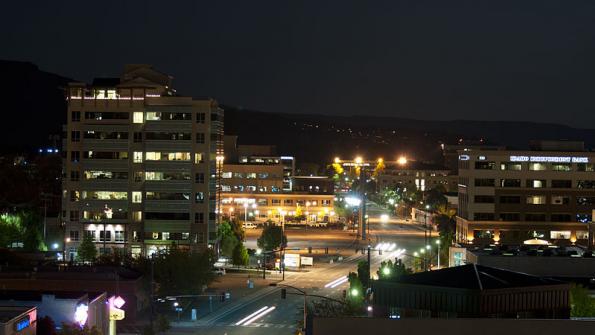 Boise, Idaho is owed a lot of money, but the city is raising funds through an auction of hundreds of unclaimed items.

Boise, Idaho is owed a lot of money, but the city is raising funds through an auction of hundreds of unclaimed items.

Since October 2009, the city has issued over 47,000 tickets that remain unpaid, according to the Associated Press. The unpaid tickets total over $950,000.

The city can’t revoke driving privileges based on unpaid parking tickets, but it can tow violators’ vehicles or send bills to collections, Boise spokesman Mike Journee told the AP.

Locals have complained that parking in Boise is becoming an inconvenience as the city continues to grow, according to local TV station KTVB

“You either have to park way out of downtown and find free parking in residential areas – which is about a mile walk into downtown – or you have to park in the parking garages,” Kelly Honeycutt, who works in downtown Boise, told KTVB.

Boise has had to write off the outstanding fines, according to local TV station KTVB. However, the city has introduced integrated parking in its downtown area to reduce problems and concerns.

The city also says that its parking app, “Parkmobile” has caused parking violations to go down. The app allows one to find open parking spaces or add money to meters through one’s phone, KTVB reports.

However, the city and Ada County have decided to raise funds for the city and county by auctioning off hundreds of police-seized items that have gone unclaimed, Boise Weekly reports.

Many items that were auctioned were stolen items that the original owners never claimed, according to Boise Weekly. Local law enforcement requires that owners claim items of theirs that have gone missing within 90 days, until the objects are turned over to an Idaho auctioneer.

“Either the public is reporting them that they've been found or you'll have police officers and deputies that locate them in public spaces,” Brent Wilkes, evidence supervisor for the Ada County Sheriff’s Office, told KTVB.

All proceeds from the auction will go to the general funds of Boise and Ada County, KTVB reports.