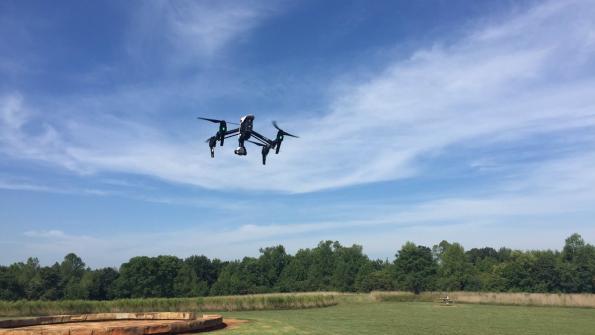 The Gwinnett County, Ga., police department has expanded its accident investigation technology with the addition of a drone. The device will also be used for other law enforcement tasks.

The Gwinnett County, Ga., police department (GCPD) has expanded its accident investigation technology with the addition of a drone. Officers in the department rely on the small unmanned aircraft systems (UAS) to fly over accident and incident scenes and record pictures and video. The drone, says department staff, gives officers a more comprehensive view. The drone also reduces time needed for investigations.

Ultimately, motorists in Gwinnett County, which is about 30 miles from Atlanta, may see shorter backups and traffic snarls after vehicle wrecks. As the drone speeds up investigations, motorists may see fewer blocked roads and traffic delays. Two of the department’s officers are certified as drone operators. GCPD believes it is the first law enforcement agency in Georgia to seek drone approval from the Federal Aviation Administration (FAA).

“We’re able to launch this thing,” Lt. Chris Smith of the GCPD told Atlanta’s Channel 2 Action News, “and within five minutes have pictures of the entire scene.” The department believes the drone will be deployed in the future for a number of applications besides traffic wrecks. Officers predict that the drone can be a valuable resource in searches for missing persons. Other potential applications include gathering valuable video and measuring damages at natural disasters. The device could also deliver reconnaissance video at prison breaks and at-large crime scenes.

The drone that the GCPD purchased is a DJI Inspire 1 Model T600. It is a quad copter rotorcraft that weighs approximately 6.4 pounds. The engine type is electric. It runs on a battery that can operate the drone for approximately 10 minutes.

For police departments around the U.S. that are considering acquiring a drone, the GCPD’s Lieutenant Christopher Smith advises that they do their homework. Smith tells GPN: “Other departments that are looking into a drone should do their research on what they will use the drone for and the many types of drones that are out there. The drone has limitations and may not be able to do what you want it to do.”

Smith says that it is crucial that departments develop a policy on the usage of the drone prior to implementing a drone program. He adds: “Coordination with the county/city law department is important to help guide them through any legal issues/concerns that may arise. The FAA may also require a Public Declaration letter.”

Police departments, says Lt. Smith, should learn about drone regulations and coordinate with an FAA representative. “Visit this site for information on small UAS/drone usage and contact info,” adds Smith.

The provisions of the new rule – formally known as Part 107 – are designed to minimize risks to other aircraft and people and property on the ground. A summary is available here. (PDF). Go here for general FAA information on UAS.

In the video, Gwinnett County emergency teams research drone use in fires and other emergency situations.