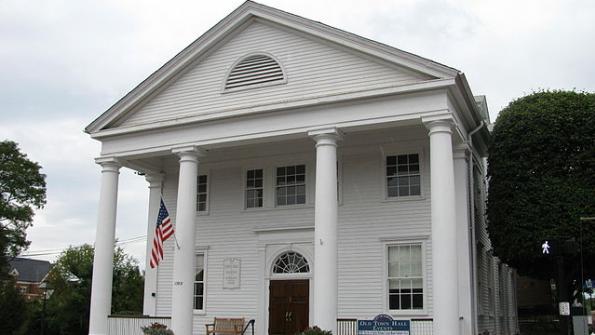 The mayor of Fairfax, Va., a Washington suburb, was arrested Friday after county police say he tried to trade methamphetamine for sex with an undercover police officer.

The mayor of Fairfax, Va., a Washington suburb, was arrested Friday after county police say he tried to trade methamphetamine for sex with an undercover police officer.

Richard 'Scott' Silverthorne, 50, was charged with felony distribution of methamphetamine and misdemeanor possession of drug paraphernalia on Aug. 4, NBC News reports. The Fairfax County Police Department says Silverthorne tried to offer meth in return for sexual favors and was apprehended in the parking lot of a Crowne Plaza Hotel.

In late July, the department was notified about a person distributing meth through a website known to arrange casual sex between men, NBC News reports. An undercover officer created a fake profile on the website, tailoring it for characteristics that officers believed Silverthorne was seeking.

“We were provided with information from a citizen that the mayor was involved with a web site,”  Captain Jack Hardin, commander of the Fairfax County organized crime unit, told The Washington Post. “It was alleged he was exchanging meth for sex.”

"He did not resist," Hardin said at a news conference. "He provided a full confession on everything he did that night."

SIlverthorne had been elected in May to serve his third term as mayor of 24,000-resident Fairfax, according to the Associated Press. He is also a substitute teacher at Fairfax County Public Schools. He has been terminated from his teaching post, and the city announced on Aug. 5 that Councilman Jeffrey Greenfield was appointed as acting mayor.