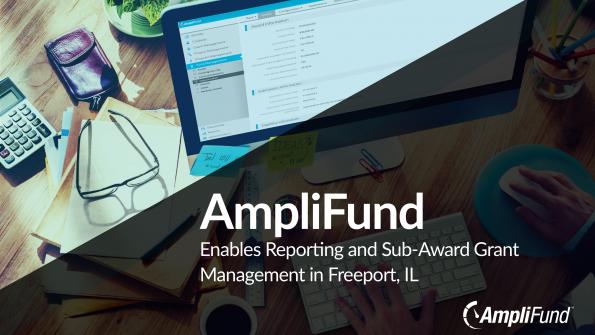 From sub-recipient management to tracking multiple funding sources, grant management in municipalities can be complicated if proper processes are not in place. That is why Freeport, Ill., turned to AmpliFund, a grant management solution from StreamLink Software, to organize data in a centralized hub, automate report creation and streamline workflows.

When Nick Jupin took the role of Freeport grant coordinator in July 2015, he inherited the former grant management software contract signed by his predecessor. After entering existing grant information into the system, Jupin soon realized that the platform lacked core capabilities such as a general ledger or budgeting functionality – elements that are critical in tracking spending across city projects.

Unimpressed by the platform’s capabilities, Jupin conducted an online search for grant management software. He selected AmpliFund for its project management, general ledger and budgeting capabilities, as well as its ability to automate reports.

With millions in funds managed by a single grant coordinator, AmpliFund provides what Jupin needed most of all: a central repository for granular fund tracking, calculation and report generation.

“It had more than what I expected. I’m glad to see that it has timesheets; it has program income. This is all stuff the other software seemed to lack, and it’s all really important, especially with some of the bigger federal grants,” says Jupin. The system was implemented in November 2015.

Freeport manages several housing grant awards with sub-awards, like one for homeowners interested in home repairs, which requires five years of sub-recipient reporting. Previously, grant data would be tracked on paper or across many Microsoft Excel spreadsheets. Now, interested residents can apply and report directly through the AmpliFund portal, where all sub-award information is centralized and organized. Jupin can track sub-recipient costs against the grant and run reports quickly instead of calculating by hand.

“Rather than having 15 files in my cabinet, I can easily manage all the projects in AmpliFund,” says Jupin.