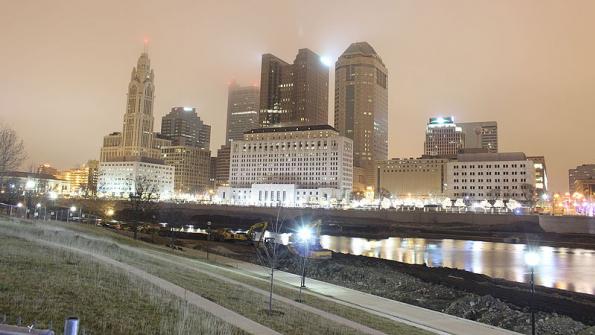 Columbus, Ohio is poised to become a tech hub after being awarded $140 million from public and private sources to be used towards smart city transportation developments.

Columbus, Ohio is poised to become a tech hub after being awarded $140 million to be used towards smart city initiatives.

“This funding is a game changer for the City of Columbus and central Ohio,” U.S. Sen. Sherrod Brown, D-Ohio said in a statement. “I’m glad the Department of Transportation recognized what so many of us already know – Columbus is a smart city that deserves to win this challenge.”

In addition to the $50 million, central Ohio businesses and public organizations have also pledged $90 million in matching funds, according to Columbus Business First.

“We're doing everything we can to leave nothing on the sidelines and put it all on the field," Columbus Partnership CEO Alex Fischer told Columbus Business First.

USDOT’s Smart City Challenge is designed to help one city “become the country’s first city to fully integrate innovative technologies – self-driving cars, connected vehicles, and smart sensors – into their transportation network,” according to its website.

"We want Columbus to be synonymous for intelligent transportation systems in the same way Silicon Valley is synonymous for information technology," the city wrote in  its application, per Columbus Business First.

The city’s application declared that it wanted to introduce an autonomous vehicle test fleet that would transport passengers from a terminal to a shopping center, according to Columbus Business First. Another goal is to expand electric vehicle access, improve communications between vehicles and infrastructure and to upgrade its transit pass payment system, the Columbus Dispatch reports.

Officials also said in the application that by improving transit options in poorer areas, Columbus could connect mothers to better health care options and decrease the infant mortality rate, according to the Columbus Dispatch.

“We stand ready to help transform Columbus, the city where I grew up, with bold transportation solutions and to inspire other smart cities around the country to do the same,” U.S. Rep. Pat Tiberi, R-Ohio, said in a statement.