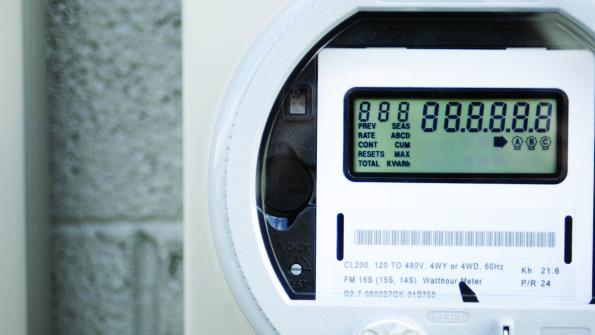 Tradition Energy's Bob Wooten discusses effective energy acquisition through coops in the public sector. He also weighs in on energy-based public-private partnerships. This is the second part of GPN's interview with the Tradition Energy executive.

GPN reached out to Bob Wooten (photo below to the right) to get some pointers on effective energy acquisition through coops in the public sector. He is Director of National Accounts for Tradition Energy and works with cities, schools, colleges, universities, housing authorities and municipal districts.

GPN: What do you see in the future of cooperatives’ energy programs? More options available to buyers? More complicated deals? Longer- or shorter-term deals?

BW: A few of the developments we’ve seen in the past year or so, especially in the government sector, include longer-term deals and an increasing number of renewable energy opportunities, in areas like solar.

The improving financial stability of most government entities is creating a more favorable environment for renewable energy suppliers to offer longer-term deals. Solar is a good example of this development.

GPN: Regarding public-private partnerships (PPPs) — is this an area where we may see more energy buys through governments? Or will we see more public sector energy purchasing done in partnership with a coop organization or program? Is it possible we’ll see more PPPs in the energy arena?

BW: Here is one thing I’ve seen in government that is an emerging trend. I would classify it as a type of PPP in which the energy firms, to create a more competitive offering, and to, obviously, try to win more business, they are not just addressing the price of the energy, but they are also offering additional services. The utilities are providing things like tree plantings or offering different levels of community involvement. Other potential offerings include programs that provide energy-saving solutions such as energy-efficient lighting.

The suppliers roll all these into their offerings, so they are not just selling electricity or gas, but they are also providing these other services as well. That way, when officials compare all the offers, a city may choose to go with a supplier that may not necessarily offer the lowest cost for that commodity. Instead, city officials may conclude that with all the additional services that the suppler is providing, that the offering delivers the best value. In many cases in those arrangements, the supplier takes on the role of partner with the city to perform a variety of community involvement activities.

GPN: Why should a buyer consider a coop for energy purchases?

BW: There are many cooperative purchasing programs that have energy consulting services under contract. Going through those channels will probably give government buyers a mix of the best consultants out there.

When national cooperative programs go through an RFP process, they generate a lot of heavy competition from usually the biggest firms with plenty of resources. If government buyers and administrators work through those coop channels, they can be assured that they are reaching a cross-section of the largest and most reputable energy-consulting firms in the industry.

GPN: Is the average government buyer adequately trained to be involved in the energy-purchasing arena?

BW: I would say typically not, and the reason for saying that is that with most commodities, a buyer is always kind of a jack-of-all-trades. By definition, the buyer can’t be an expert in any one particular area. But when they deal with all the different things that they procure, the buyers are typically having to figure out specs, make sure the specs meet the needs of their departments, put together and deploy a solicitation and evaluate it.

With energy buys, it’s a very different issue. It’s not so much the specs of the energy, which can be complicated enough as it is; it’s about the market. So I would say regarding the price that somebody pays for any energy commodity, be it electricity, gas or other fuel: It has much less to do with specs in the procurement process, but it has much more to do with the timing of the market.