Which Internet of Things applications will local governments most likely adopt? Experts from Ingenu and Quantum make their predictions.

What government functions have or will adopt Internet of Things (IoT) technology the fastest with the biggest impact? “Some of the lowest-hanging fruit at that level is found with public infrastructure. Smart street lighting is quickly becoming a very fast growing segment, with governments realizing instant results in terms of cost savings,” says Landon Garner, chief marketing officer of Ingenu.

The company is deploying public and private IoT networks and collaborates with a variety of municipalities. Ingenu is building a wireless machine network; the project is believed to be the world’s largest IoT network dedicated to connectivity for machines. 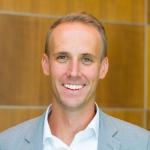 Related to public infrastructure, Garner predicts that cities will quickly build out smart parking applications. He believes these projects “will provide near-instant results in terms of revenue generation and cost savings.”

Garner (photo at right) adds that eventually, these infrastructure projects will all funnel into a broader smart city or vehicle-to-vehicle or vehicle-to-infrastructure-type ecosystem. The early deployments, however, says Garner, “will revolve around single applications that provide a high return with a low investment.”

Wayne Arvidson tells GPN that he heard a lot of discussions at the ISC West security conference about how embedded sensor technology is enabling cities to become smarter, and how data from that sensor input can be integrated with video data and analyzed to help make urban communities more attractive. Arvidson is Vice President of Surveillance and Security Solutions at Quantum. Quantum provides solutions for capturing, sharing and preserving digital assets over the data lifecycle. The firm has expertise in scale-out storage, archive and data protection.

“I anticipate more applications where vehicle and pedestrian traffic is captured and integrated with sensor input from buses, trains, and subway stations to minimize congestion. I’d also anticipate more situations where parking facility video is combined with input from smart meters to reduce bottlenecks and to improve consumer satisfaction,” Arvidson tells GPN.

Arvidson says that for analytics to be impactful, data must be kept for a long period and integrated with input from a variety of sources. The reason, he says, is because trends and patterns emerge from combining disparate data sets and analyzing them over time. “This drives a need for a smarter, multi-tiered approach to data storage, utilizing a combination of high performance disk, secondary disk, tape, and cloud storage to cope with the massive influx of data that must kept accessible for longer periods of time.”

American City & County’s IoT poll shows the following government sectors will be affected the most by IoT in the next 5 years:

The top three sectors have each received at least 51 percent of the respondents’ votes. The poll, which is still open, asks respondents to choose from a list of nine sectors; there was no limit on the number of sectors that respondents could select.