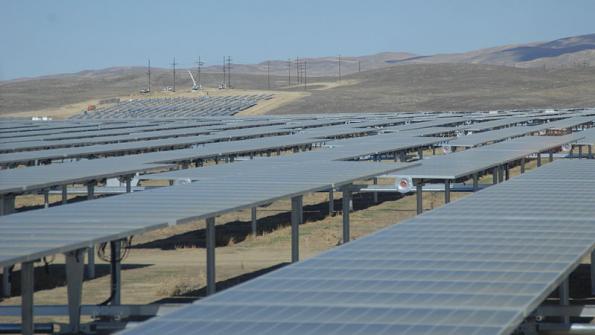 San Francisco has passed major legislation that mandates solar panels to be installed on new residential and commercial buildings that are less than 10 stories high.

San Francisco has passed major legislation that mandates solar panels to be installed on new residential and commercial buildings that are less than 10 stories high.

The city’s Board of Supervisors passed the measure unanimously on May 2, NBC Bay Area reports. The decision makes San Francisco the first major American city to make such a mandate.

"By increasing our use of solar power, San Francisco is once again leading the nation in the fight against climate change and the reduction of our reliance on fossil fuels,” San Francisco Supervisor Scott Wiener said in a statement.

Other Californian cities like Sebastopol and Lancaster have had similar laws in place, and California state law requires new 10-story-or-under buildings' roof areas to be made at least 15 percent “solar ready,” according to Forbes. San Francisco’s new rules will take effect in January and allow solar panels or solar water heaters to meet the new requirements.

"Activating underutilized roof space is a smart and efficient way to promote the use of solar energy and improve our environment,” Wiener said. “We need to continue to pursue aggressive renewable energy policies to ensure a sustainable future for our city and our region."

Fortune notes that the move is another step towards the city’s goal to derive 100 percent of its energy from clean energy sources by 2030. However, the city is a notoriously tough area for developing new buildings, which has led to a shortage of real estate for its burgeoning population.