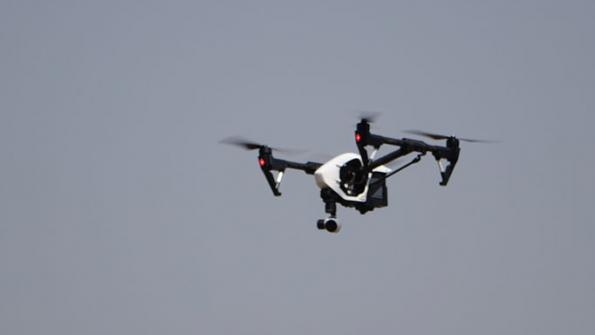 The Austin City Council has approved agreements with the University of North Texas and the University of Texas Cockrell School of Engineering to research drone use to aid first responders and to help rectify emergency situations,

Drones: they carry out airstrikes, they film breathtaking footage and they’re flown around public parks for fun. And soon, they may aid in disaster relief and assist first responders to emergencies.

While Austin will not be funding either of the programs, the agreements could last up to four years, KXAN reports.

“Emerging technologies, including the use of robotics and UAVs, have been demonstrated in other municipalities, states and countries of assisting the fire service in emergencies,” the North Texas agreement reads.

The University of North Texas will research drones’ efficacy in being used to monitor emergency situations and coordinate service provider efforts, the American Statesman and Community Impact Newspaper report. One of the ways they may do this is by being Wi-Fi-enabled and facilitating communications when disasters disrupt cell phone signals.

“The idea is that after a disaster, whether it’s a tornado, an earthquake, a flood, what have you, there will be people who are trapped somehow, whether its in a car or in their home,” Leslie Minton, a University of North Texas spokesperson, told KUT. “But likely they have a smartphone on them.”

The Cockrell School will research and test drones to measure how effective they could be in emergency response situations for the Austin Fire Department, according to KXAN. Cockrell School students will also be responsible for conducting public demonstrations twice a year to show the public how to safely use drones and how effective they can be in search and rescue missions.

This isn’t the first time Austin Fire Department has worked with drones. Last year, the American-Statesman reported the department has an eight-person robotic emergency deployment team that has been building a program for “remote-controlled aircraft systems” to be used in scouting out wildfires and hazardous material operations. But a spokesperson said that it would be at least August of this year before the Austin Fire Department would begin using drones during emergencies.