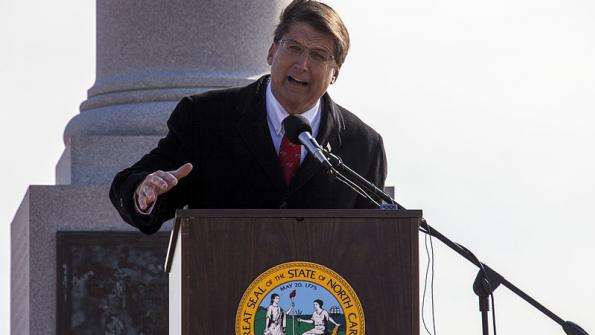 The fallout from recent discriminatory legislation passed in North Carolina and Mississippi has led to some cities, counties and states banning publicly-funded travel to the two states.

The fallout from recent discriminatory legislation passed in North Carolina and Mississippi has led to some cities, counties and states banning publicly-funded travel to the two states.

HB 2, which North Carolina Gov. Pat McCrory signed into law on March 23, requires citizens in the state to use public restrooms that directly corresponds to the gender listed on their birth certificates. The law also prohibits municipalities from adopting their own anti-discrimination ordinances, according to ABC 7 and Newsweek.

Since those bills have been signed, over 20 cities, three counties and four states have banned official travel either to North Carolina or both North Carolina and Mississippi, KPNX and other news outlets report. Among these cities are the three largest in the U.S.— New York, Los Angeles and Chicago.

"I will continue to do everything in my power to keep L.A.’s tax dollars from supporting discrimination based on sexual orientation and gender identity,” Los Angeles Mayor Eric Garcetti said to reporters as he announced the city's nonessential travel ban to the two states, CBS Los Angeles reports.

Advocate reports that San Francisco was the first city to ban publicly-funded travel to North Carolina, which Mayor Ed Lee announced on March 25, two days after the law was signed.

"We are standing united as San Franciscans to condemn North Carolina's new discriminatory law that turns back the clock on protecting the rights of all Americans including lesbian, gay, bisexual and transgender individuals," Lee said in a statement.

Artists, organizations and businesses have also engaged in boycotting these measures. Musical acts such as Bruce Springsteen, Boston and Pearl Jam have canceled concerts in North Carolina, the Charlotte Observer reports.

Prominent businesses like Tyson Foods, Nissan and MGM Resorts International have objected to Mississippi's law. Additionally, PayPal pulled out of a $3.6 million plan for expansion in North Carolina, citing its recent law as the impetus for the decision.

When asked about PayPal's actions at an April news conference, the New York Times reports McCrory words were brief — "I respect disagreement."

In response to the mounting backlash, Gov. McCrory recently issued an executive order related to HB 2. The executive order chiefly limits discrimination of government employees based on sexual preference and gender. As The Washington Post writes however, the order "[leaves] the law’s major provisions untouched."