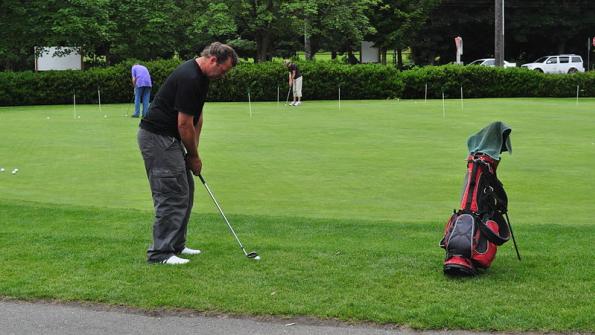 As municipal golf courses across the country struggle to generate revenue to match their costs, city officials are grappling with how to keep the courses and offset their deficits.

As municipal golf courses across the country struggle to generate revenue to match their costs, city officials are grappling with how to keep the courses and offset their deficits.

Recent years have seen the sport of golf itself become entrenched in a popularity decline. The Economist cites some of the reasons for this decline as being the game's unhurried nature, its length of play, difficulty in mastering and its especially expensive cost of play.

Some officials, like those in Allentown, Pa. are confident that they can alleviate their municipal golf courses' debts. Allentown Municipal Golf Course closed out last year with a $107,000 deficit; an improvement from 2014's loss of $165,000, The Morning Call reports. While a proposal to lease the course to private operators was initiated, course administrators have since decided against that action.

Instead, course administrators will set up a business plan that will consider how to change the course's revenue sources, such as fees, the pro shop and play offerings like leagues and lessons.

"We are truly confident that we can keep going and eliminate that [balance]," Lindsay Taylor, Allentown's parks and recreation director, told The Morning Call. Taylor noted that the city will also develop a capital improvement plan for the course.

Cedar Rapids, Mich. officials have hired a consultant to study how the golf department might become monetarily sustainable, The Gazette reports. Over the past three fiscal years, the city's golf department has averaged $350,000 per year in deficits. In addition, the city's fiscal 2017 budget shows several major infrastructure-related costs associated with its golf courses.

The city will cover this year's operational deficit with $260,000 from its general fund.

“As an enterprise fund it is expected to break even or make money, and we generally don’t,” Cedar Rapids Parks and Recreation Service Director Sven Leff told The Gazette. “It typically requires some subsidy from the city general fund and in a climate where no new taxes, valuations are falling or steady, the city is looking for revenue. We are trying to figure out how to make golf more sustainable.”

San Mateo, Calif.’s Poplar Creek Golf Course is also requiring subsidies from the city’s general fund to finance its costs and outstanding bonds, the San Mateo Daily Journal reports. The course costs $2.9 million to run annually, but it only brings in about $2.5 million in the same time span.

“All public golf is suffering right now,” San Mateo Gold and Visitor Services Manager Tim Heck told the Daily Journal. “I think there will always be some level of subsidy, the same way there is with other recreational activities.”

The city faces a catch-22 in that if it were to stop operating the golf course, it would still have to pay bond debts from the major course renovation it undertook in 2000. During an April 4th city council meeting to determine the course’s future, San Mateo city council members concurred that engaging in more community outreach for the course was necessary, but encouraged members to think of other ways to fund the course.

“[Poplar Creek Golf Course has] provided good recreational use for many generations of San Mateans and now it appears to be hitting some hard times in what appears to be a declining industry,” Councilman Rick Bonilla told the Daily Journal. “It’s bigger than the golf course, it’s bigger than our own issues here in San Mateo. It’s the industry.”