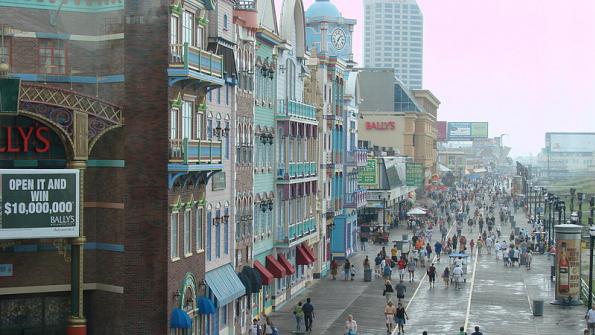 In four days, the Atlantic City, N.J. government will shut down due to lack of funds.

In four days, the Atlantic City, N.J. government will shut down due to lack of funds unless a deal can be reached beforehand.

Atlantic City Mayor Don Guardian said that the shut down will start on April 8 and last until at least May 2, the date that quarterly tax revenue is to arrive, according to the Associated Press.

During the shutdown, non-essential services will stop, and both essential and non-essential employees will not be paid, CNN Money reports. However Health benefits will continue to be provided, and schools will remain open.

"We are greatly aware of the potential impact this will have on all of our employees," Guardian said in a statement. "We are making every effort to find solutions prior to the April 8th deadline… Atlantic City is grateful for your continued service and support."

Atlantic City has been the only New Jersey city in which gambling is legal for 40 years, and the city has fueled the state with billions in gambling revenue over the years, according to NJ.com. But as gambling revenues have declined, the city has struggled financially. Half of the casinos on Atlantic City’s iconic boardwalk have closed due to competition from nearby states, according to CNN Money.

"The city is in discussions with the state to avoid and forestall what may be an imminent financial predicament," Guardian said in a statement. "Unfortunately, due to financial circumstances beyond our control, we will be forced to close city hall."

State Assembly Speaker Vince Prieto has objected to the takeover bill because it allows the state to nullify union contracts, the Philadelphia Inquirer reports. Gov. Christie has refused to sign for an aid package without a full state takeover.

Prieto was pressured into posting a state takeover bill to be voted on on Thursday. Local leaders say the takeover would strip citizens of their civil rights and goes too far.

"I don't see how that day of reckoning is in anyone's interest," Guardian said in a statement. "But yet it seems as if the state is hell-bent on playing a real-life game of chicken with our city."

An alternative, delayed payment plan has been proposed in which unions would agree to a 28-day payment schedule that would allow the government to stay open, the Inquirer reports. Unions have pledged their support to the plan, and the city will vote on the plan on Wednesday.

"From what I understand, everybody's on board," Atlantic City Council President Marty Small told the Inquirer. "This allows us to run our government for the people of Atlantic City."