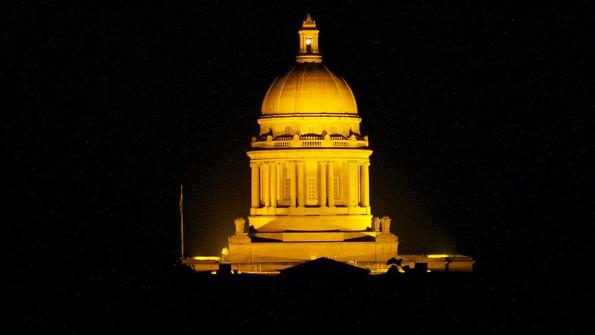 Should cities and counties team up? Officials undecided

Officials’ opinions remain divided as some counties and cities engage in talks to merge parts of their infrastructure.

With purse strings tightened, county and local governments are looking for creative solutions to solve common problems. Sometimes this means partnering with neighboring entities to share services. And while this option looks good on paper, often opinions remain divided and tempers flare in negotiations to combine infrastructure.

However, not everyone was pleased with the merger. There were disputes regarding the consolidated board’s term limits and rules regarding officers’ positions. Both a legal review and formal approval from the entities are still needed for the agreement to be cemented. The merger is slated to take effect in July.

Similarly, officials from the Nebraska counties of Gage and Jefferson plan to meet for talks on building a shared jail. The Beatrice Daily Sun reports that overcrowding, upkeep and maintaining current jail standards are among the county jails’ shared problems.

“[Jefferson County is] having the same problems we are, they’re just a little smaller,” Gage County Sheriff Millard “Gus” Gustafson told The Beatrice Daily Sun. “It’s a constant issue for them. They want to try and address those issues.“

The idea of creating a shared jail is still a long way from fruition, and Jefferson County Sheriff Nels Sorenson said that an issue facing that decision would be the location of the shared jail.

“Who has control?” Sorensen told The Beatrice Daily Sun. “It’s a great idea if it’s in my county and if I have control of it and the economic development.”

Other officials share such skepticism. In Frankfort, Ky., a proposal made earlier in March to merge Frankfort and Franklin County’s parks departments has been met with divided opinions, The State Journal reports.

The reasoning behind the proposal was to conserve resources and personnel. Under the proposed two-year pilot project, the city parks director would serve as the consolidated department’s director, while employees would still answer to the governments that hired them.

“I think this is an administrative merger of the parks department,” Frankfort Commissioner Lynn Bowers said in a work session, as reported by the State Journal. “The public has said twice they don’t want a merger, and I don’t like this. I don’t like doing this when the public has told us no.”

While both departments would operate under separate budgets under the pilot program, they would save costs by sharing equipment and employees.

“When we work together we can accomplish anything and do it better,” Franklin County Judge-Executive Huston Wells told The State Journal. “Parks have changed the quality of life in this community.”