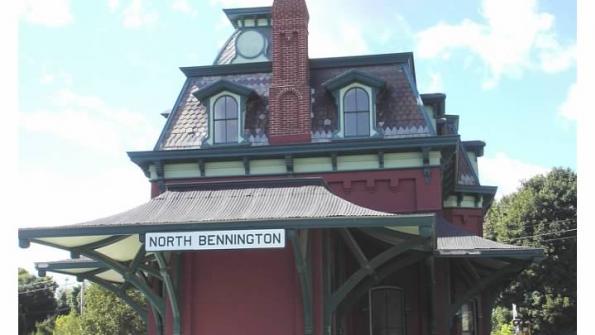 Chemical linked to cancer discovered in drinking water in 3 states

A chemical called perfluorooctanoic acid has been found in the water supplies of cities in New Hampshire, New York and Vermont and has been linked back to one company's dealings in the areas.

The discovery of chemicals in a Vermont village’s drinking wells has set off a state-led investigation into its prevalence in the town as well as in other nearby towns.

The Wall Street Journal reports that 52 private wells out of 67 measured this month in North Bennington showed unsafe amounts of perfluorooctanoic acid, or PFOA.

State officials are sampling 185 wells in the village for PFOA, according to the New York Times. Officials believe that the culprit for the PFOA spread is an old ChemFab plant that closed several years ago.

"We're just anxious to get the results back from the well testing, and we're grateful people have been moving so quickly," Darcy Oakes of Bennington, Vt. told NECN.

PFOA has been linked to various cancers, NECN reports. However, a deputy commissioner for the Vermont Department of Health told NECN that they have not seen any noted increase of cancer prevalence in the Bennington area.

PFOA has spread to several other northern cities, too.

The New York Times reports that the chemical was first discovered in Hoosick Falls, N.Y., which lies about 6 miles west of North Bennington, Vt., in February. According to the paper, some banks in the area discontinued giving mortgages and some residents stopped washing garments, dishes and themselves.

Stories of strange sickness and mysterious-smelling tap water have pervaded the town, and a plant near the Hoosic River once produced several Teflon products. That plant and the one in North Bennington are owned by Saint-Gobain.

In early March, Saint-Gobain Performance Plastics’ representatives notified New Hampshire officials that the city of Merrimack had low levels of PFOA in its drinking water after voluntarily testing it, according to the New Hampshire Union Leader.

The Union Leader reports that a statement from the New Hampshire Department of Environmental Services says that the U.S. Environmental Protection Agency has no enforceable drinking water standard for PFOA. The report states, “Sampling to date in Merrimack has not identified PFOA at levels above the provisional health advisory level [of 0.4 micrograms per liter].”

Saint-Gobain has already begun paying for the well tests and for bottled water for North Bennington, and has offered to buy bottled water and filtration systems for residents of Hoosick Falls, NECN and the Times report.

“We're in this together. We wish we weren't,” Gov. Peter Shumlin (D-Vermont) told a crowd at a public meeting in Bennington. “We're going to require the company to make us whole again, and do everything that we can to hold them accountable for getting us into this mess."