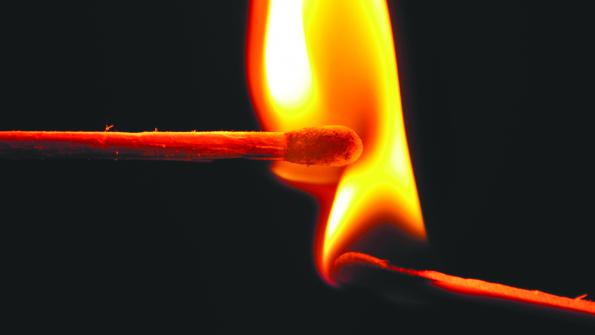 How local governments are sparking interest in tomorrow’s leaders

Local governments are at a crossroads. As workforces age and retire, many cities and counties are finding it difficult to attract younger people to fill positions as they are vacated. However, if these municipalities wish to continue to provide the same levels of service in the coming years, something must shift culturally to make government work more appealing to 20- and 30-year-olds.

Kent Wyatt, co-founder of Engaging Local Government Leaders and senior management analyst for Tigard, Ore., says the problem is twofold: Local governments need to work to attract recent college and MPA graduates as well as talented young people who may have already started their careers in the private or non-profit sectors.

One major issue is that city and counties generally do a poor job of selling themselves, so to speak.  Where local governments typically drop the ball, Wyatt says, is in identifying the benefits of coming into their workforces.

“[In Fort Collins] we try and set ourselves apart as a place where people are going to want to work and live,” Weinheimer says. By promoting the amenities and culture of the city itself – such as walk- and bike-ability, access to museums and live entertainment and nightlife and dining experiences – while seeking potential new hires will greatly increase the chances of attracting young, creative people to the workforce.

Weinheimer says that local government hiring practices, too, can be exclusionary. “The way that we do hiring in local government tends to be very conservative,” he says. “Most postings for jobs ask ‘Well, have you done this job you’re applying for for five to 10 years, then that means you’re qualified.’ It can be daunting for a lot of people.” Weinheimer feels that a little more risk-taking, especially when it comes to younger workers, would benefit most aging workforces.

Additionally, Weinheimer says that rethinking the way career paths are structured can make a job in local government more appealing to younger workers. “Local government can be a very sequential thing,” Weinheimer says. “You have to climb the rungs very slowly. “ However, if governments can focus more on skills and abilities than title and tenure, it makes a municipal career more appealing to young, hungry professionals who want to advance quickly through the ranks. “[Making this shift] allows a person to advance their career faster or in different ways than you would in this sort of regimented, step-by-step environment.”

However, Wyatt argues that the issue may start long before young people are actively working to start their careers. “Really, if you want to get to the core of the issue, I think it starts back in elementary school and high school,” says Wyatt. “If you want to attract people to the profession, you need to start before they’re in MPA school.”

Michael Brown, the city manager of Hillsboro, Ore., says that his city understands the importance of attracting young people into the workforce. “We have a responsibility to look out for what the future is of attracting and retaining talented people to serve in leadership positions or in any service position within our city government,” he says.
In order to accomplish this, Brown says Hillsboro is actively working to reach out to young people at an early age to get them familiar with their local government and the possible careers it offers.

“There are numerous things we’re doing to have people earlier in their lives, particularly while they’re in high school, have a better understanding of what career opportunities exist within local government, Brown says.
One of the ways Hillsboro is working to expose young people to the potentials of a career in local government is through a program called Youth Invasion, where students “take over” city hall.

Three years running, the city gathers about 300 local high schoolers and allows them to explore how local governments function, and the diverse roles civil servants play.

“We set up stations throughout our civic center where our employees teach about the broad variety of careers opportunities that exist within local government,” Brown says. Students cycle through the stations and learn about finance, human resources, GIS, sustainability, fire and EMS response and many other departments within Hillsboro. The goal is to broaden their perspectives of what local government is and what it does.

The city also makes use of a meaningful youth advisory council. Brown says there are several factors that make Hillsboro’s council unique.

First, the council is directly involved in the city’s decision-making process. For example, if the city is hiring a new director or assistant city manager, youth council members will come sit on the hiring panel and take part in the discussion. “We’re really actively trying to get them to be engaged,” Brown says.

Additionally, youth council members are assigned to key city staff members and sit with them during council meetings. They are briefed in advance of the topics and are encouraged to give their input. “So there’s kind of a mentorship and a collective desire [for the young people] to be really integrated into the decision making of the council,” Brown says. “It’s a really strong focus on understanding city-related issues.”

One reason that young people may be discouraged from local government work is that their voices are rarely heard. “I think we underutilize the intelligence and the set of eyes that youth can bring,” he says. “You give them the ability to [participate] and they will do way more than most people realize.”

While all of these initiatives and cultural shifts have been helpful in sparking interest in young people, what do young people in government themselves  have to say about their career choices?

Michelle Holder, a 25-year-old management analyst for Aspen, Colo., was initially hired for a specific role – to create a citizens academy, a program that seeks to educate residents on how the city operates.

Holder studied citizens academies in graduate school, so she says the fit was perfect. However, it took her quite a while before she even knew how or what a local government does. “I just had no idea what a city was or did or what it’s boundaries were or why,” Holder says. “Somehow I got through high school without knowing any of this.” She adds that even as a political science major at the University of Florida, “I got away with not really learning about local government there, either.”

This speaks to an overall lack of outreach, Holder says, of which many local governments are guilty. “If you don’t know what a city does – the broad range of things that a city is responsible for – then how can you know how you want to be involved or not?” she asks.

She says that education can also help alleviate the stigma most governments in the U.S. fall victim to. “When I think of city government, I probably think something very different than the rest of the populace,” Holder says. Where she sees opportunity to make positive change in the community, most people see sluggish bureaucracies, taxes and fees.

“That’s a valid point in terms of what people find attractive in what career paths they want to go down,” she adds.

Ben DeClue, the 34-year-old assistant to the city administrator in Lebanon Mo., says he’s one of the youngest people working at city hall, but that civic service has always been in his blood. His great grandfather served in the New Hampshire statehouse, his grandfather held many elected positions, and as a boy, he remembers being intrigued by photos of the U.S. Senate he found in an encyclopedia.

“That’s what sparked it,” DeClue says. “I remember looking at black and white photos of the Senate in the 1950s and 60s and just saying ‘wow.’”

However, DeClue understands that his childhood obsession with the public sector isn’t common. He feels that to get more young people interested in civic service, local governments could do a better job in communicating the benefits – both tangible and intangible – of coming to work for them.

When drafting a job posting, instead of focusing on requisite experience and credentials, local governments should concentrate on telling the story of what the position actually does, he says.

“Really tell how that position works with the community, describe the experiences that you can gain, really lay out a narrative to potential applicants,” DeClue says. “I think that people my age and younger, we look for something more than a place where you can do 20 years and retire… We’re looking for a more integrated work experience with our life experience.”

The idea of a more balanced work/life experience is important to the next-generation workforce. He laughs, saying that 20- and 30-year-olds don’t want to hear “you’ll see your family when you retire.”

Additionally, he feels that local governments need to take a hard look at the benefits they offer. “For years, decades even, government benefits were considered the gold standard,” he says. But now, private sector benefits are becoming far more attractive. DeClue adds, “My friends in the corporate world blow my benefits away… local government has been left behind.” By offering modern perks such as flex time, work from home days and an overall better work/life balance, DeClue says government jobs will become much more attractive.

Sarah Hazel, a 32-year-old ICMA local government management fellow working in the city managers office of Charlotte, N.C., says she doesn’t consider herself “young” but she’s certainly new in her local government career. Coming from the non-profit world, she saw a career in local government as an opportunity to make positive impacts in her community.

One factors that makes Charlotte an appealing place to work, Hazel says, is it’s willingness to take chances – something more rigid governments fail to realize is important to younger workers.

Hazel also agrees that the hiring process at most local governments could be updated to better serve younger job seekers.  She explains, “[Agencies should be] looking for opportunities to highlight some of the great things that cities and counties do.”