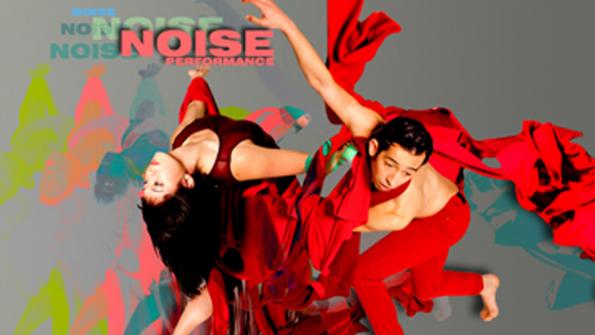 Community dance programs are kicking up their heels (with related video)

Communities are putting their best foot forward through dance. Cary, N.C., has been presenting a performing arts series since 2000, but only in the last couple of years have town managers expanded the series into dance presentations.

“We began by seeking out partnerships with local dance companies, which would initially be a more affordable way of introducing our audiences to dance,” says Lyman Collins, cultural arts manager for the town of Cary.

In 2014 the town partnered with an emerging dance company called Black Irish to present its original work entitled “Noise” in Cary’s small 175-seat venue. In 2015 the town developed two more events with the company. The photo at right shows a scene from a Black Irish dance performance.

“In 2016, we are planning to present a larger dance work in our larger 400-seat theatre,” Collins tells GPN. “These efforts are also encouraging us to include dance in some non-traditional ways as well at our outdoor festivals and other unexpected places,” he adds.

IN THE BIG APPLE…

In New York, subway dancers have been given a new venue where they can perform. The dancers get mixed reviews on the crowded trains. Some New Yorkers love the dancers, others prefer a quiet train ride. Either way, soliciting on train cars is against transit regulations.

NYC’s de Blasio administration has established a program to provide space for subway dancers to perform in public parks for pedestrians and tourists. The program is offered as an alternative to dancing on train cars. The dance initiative is offered in partnership with the Mark Morris Dance Group and the non-profit arts organization Dancing in the Streets. The program has the support of the NYC Parks Department and the Department of Cultural Affairs.

The initiative, known as It’s Showtime NYC, provides a lawful venue for the dancers to exhibit their talents and entertain while maintaining order in the subway system. The program aims to prevent rule-breaking or activities that endanger or disturb other subway riders.

In addition to providing permitted space in public parks and celebrating the role of underground dancers in New York City culture, the Mark Morris Dance Group and Dancing in the Streets will also offer rehearsal space, dance lessons and career building opportunities in the arts for dancing participants.

The program was designed in collaboration with the NYPD Transit Bureau. As part of the program, after a recent initial pilot phase of dance performances, Transit Bureau officers have now been directed that they have discretion when encountering subway dancers to order them to stop soliciting on subways and instead join It’s Showtime NYC in lieu of summons or arrest.

Officers carry palm cards with information about the program to hand out to dancers. Dancers who choose to continue to break subway rules rather than join the program may face more serious forms of enforcement.

In the video, view two groups dancing on New York’s subway.  The music is a song from PremRock and Willie Green.