What can we learn from the Flint water emergency? (with related video)

This roundup report on the Flint water emergency describes how synergistic effects played a role.

Government neglect played a part in the Flint, Mich., water debacle. Public sector officials — including the top Environmental Protection Agency administrator in the Midwest and Michigan’s Republican governor, Rick Snyder — are accused of not paying attention to, denying or covering up water quality concerns that left thousands exposed to toxic lead in their drinking water for up to 18 months.

A Washington Post columnist has blamed Michigan Republican Governor Rick Snyder for the disaster. President Obama committed $5 million to Flint two weeks ago when he officially declared the Flint water crisis to be a federal emergency. Celebrities like Matt Damon and Jimmy Fallon have weighed in on the crisis. 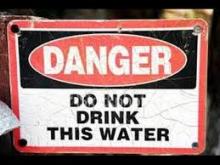 The Urban Institute (UI) urges that the federal government get more involved in solving Flint’s toxic water issues. Experts at the Washington, D.C. research organization say that the federal government’s $5 million in immediate aid for clean water and exploring health services is a good start for the people of Flint. “Working with communities to plan for better infrastructure, funding those developments, and adequately enforcing environmental laws will help reduce the number of future similar crises from becoming disasters,” say UI researchers.

Ferreira tells GPN that a synergistic effect occurs when you have two things that are relatively harmless by themselves, but when combined, form a much more serious problem. “The lead pipes were not causing serious problems when Flint was using the Detroit water supply, because a coating had developed on the inside of the pipes that prevented the lead from leaching into the water. But the acidity of the Flint River water dissolved the coating inside the lead pipes and started to solubilize lead from the pipes into the water,” says Ferreira.

“Here you have two things that by themselves wouldn’t have been an issue, but in combination they created a disaster,” notes Ferreira. He adds, “What people should take away from this is that it can be dangerous to consider things in a vacuum. We should always be working diligently to consider the potential for interactions and unintended consequences that may arise due to these kinds of synergistic effects.”

In the video, CNN’s Sara Ganim explains the story behind the water crisis in Flint, Mich.