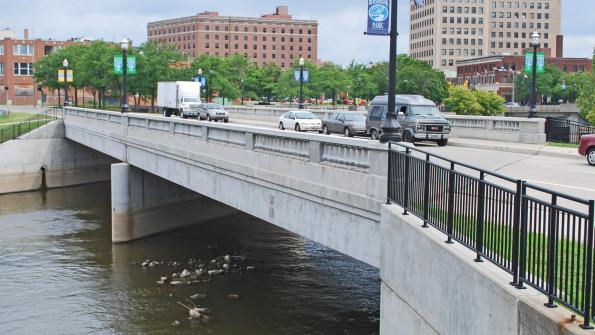 High levels of lead in Flint, Mich.'s drinking water led the city’s mayor to declare a state of emergency Tuesday.

Mayor Karen Weaver, who was elected in November after her predecessor Dwayne Walling left office amongst fallout over water issues, released a statement Tuesday requesting federal government support due to the “irreversible” effects of lead exposure on the city’s children, according to the Washington Post. Residents have complained about the water issues, since the city switched its water supply in April 2014, when the city began drawing water from the Flint River, according to the Associated Press.

“The City of Flint has experienced a manmade disaster,” Weaver wrote in the declaration on the matter. “This action is being taken to protect the health, safety and welfare of the citizens of Flint.”

A September study from the city’s Hurley Medical Center revealed that a number of Flint’s children with above-average levels of lead in their blood have seen those levels double since the water source change.

Children with elevated lead levels in their blood could experience brain development delays and behavioral changes such as shortening of attention spans and increased antisocial behavior, according to the World Health Organization (WHO).

Prior to this week’s declaration, residents gathered thousands of signatures and marched on City Hall, petitioning that Flint’s water be reconnected to Detroit’s system. The use of the Flint River’s water was intended to be a temporary fix until a pipeline to Lake Huron’s Karegnondi Water Authority could be completed at the end of 2016, according to the Post.

In October, Michigan Governer Rick Snyder responded to the petitions by offering $12 million in financial assistance to the city to pay to switch the Flint water source to the Detroit system, and soon after Detroit's water began flowing into Flint, again, David Murray, press secretary for Snyder, wrote in an email to the Post.

“Flint residents need to have access to safe, clean water." He added, “Gov. Snyder and the administration have been working closely with the city to focus on health issues affecting children and other city residents, and address water infrastructure challenges. He added that while Flint’s water is currently safe to drink, “some families with lead plumbing in their homes or service connections could experience higher levels of lead in the water that comes out of their faucets.”

Parents of children already affected by the high lead levels have filed a class-action federal lawsuit claiming that the state connected Flint to a cheap water source fully aware of the toxic impact the water could have.

“For more than 18 months, state and local government officials ignored irrefutable evidence that the water pumped from the Flint River exposed [residents] to extreme toxicity,” the complaint reads. “The deliberately false denials about the safety of the Flint River water was as deadly as it was arrogant.”

According to the news report, Murray declined to discuss details of the pending litigation.

Weaver had promised on the campaign trail to declare a state of emergency seeking support from outside of Michigan, according to The Atlantic.

It is unclear what federal response the mayor will receive, but residents expressed support for the city leader for putting the plan in motion.

“I’m thrilled,” Melissa Mays, told the magazine Tuesday. “It’s what we’ve been pushing for, since we found out how badly our infrastructure was damaged. It’s definitely a step in the right direction.”