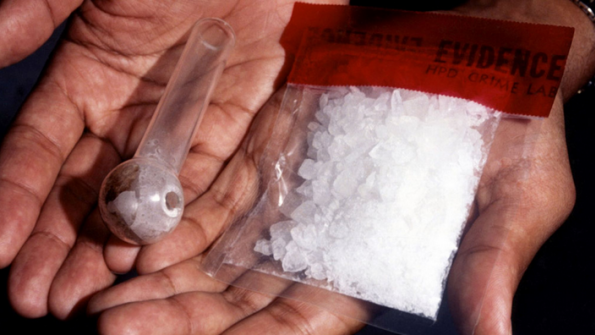 A new University of Louisville study has revealed a connection between counties that prohibit alcohol sales having greater instances of meth lab busts and arrests.

A new University of Louisville study has revealed a connection between counties that prohibit alcohol sales having greater instances of methamphetamine lab busts and arrests.

Since an illegal market for alcohol sales already exists in “dry” counties, researchers found, the market becomes more open for other types of illegal drug trade.

"If you're going to get punished whether you trade in booze or trade in meth, why not give meth a spin? "Alcohol prohibition becomes a gateway to other illegal activities," Tyler Cowen, writer for economist blog Marginal Revolution, said in regards to the study.

The Kentucky study reflects the findings from a 2005 Journal of Law and Economics paper, which proved that, when Texas counties changed from dry to wet, their incidences of drug-related mortality decreased by 14 percent, because people substituted alcohol for drugs, according to the Post.

In parts of Southeast Texas, the prohibition of alcohol sales may be affecting the growing meth problem at the county level, Rod Carroll, assistant chief deputy for Jefferson County Sheriff’s office, told the Beaumont Enterprise.

"Logically, that would make sense," Carroll told the Enterprise in regards to the Louisville study’s findings. "Drug users use whatever they can get their hands on."

A Houston High Intensity Drug Trafficking Area Threat Assessment report demonstrates that meth has been the top-ranking illegal drug posing the a threat to Southeast Texas.

The University of Louisville researchers concluded in their study that policy changes in Kentucky could have an effect on preventing the dependency on meth.

The research report states, "Although it's not clear how well our results would generalize to other states or to substances other than alcohol, our study provides an example in which liberalizing the treatment of one substance can be an effective policy tool for another substance."