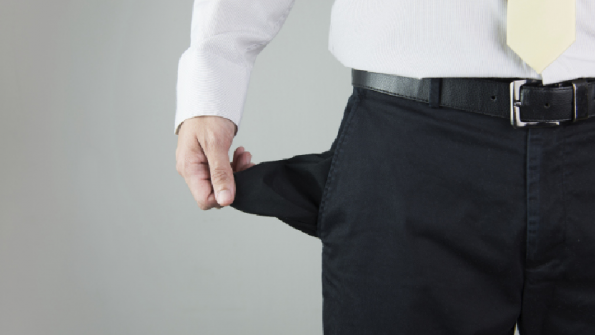 How struggling cities fight to survive during times of economic hardship

The summer of 2001 saw the economic collapse of Central Falls, R.I. At that point, the rural mill town of about 20,000 people, which stretches little more than one square mile, had more than 100 homes boarded up as a result of shuttered manufacturing plants and retail stores that once employed many of its residents.

The residents were floored when they learned that not only were many of them facing a financial bottom, the city itself had also reached an economic low point. In August 2011, Central Falls became the first – and only Rhode Island city so far – to file bankruptcy, largely because of a pension fund underfunded by $80 million.

Less than a year later, Stockton, Calif., would experience the same economic fate. The 300,000-population-city had, at one point, $90 million in debt and no way to pay it back. The two very different cities share similarities in how they fell into bankruptcy as well as their eventual economic recoveries.

“There is often an event that precipitates it [bankruptcy],” says Steve Fehr, senior officer at Pew Charitable Trusts, who researches state and local fiscal health.

“In Jefferson County, Ala., they had an infrastructure issue with the sewer. In Mammoth Lakes [Calif.], it was a legal judgment against them… In a city like Stockton, pensions were the issue. It’s the classic crunch of not enough revenue coming in to meet your costs. The common theme is they’re all different.”

Since 2008, 10 counties and cities – including Detroit, Westfall Township, Pike County, Pa., Prichard, Ala., and Vallejo, Calif. – have buckled under the pressure of the real estate crisis; unmanageable pension costs; in some instances, corruption and poor long-term financial planning, Fehr says.

While filing Chapter 9, Title 11 – bankruptcies specific to municipalities – remains rare, many governments are in financial peril, Fehr says. However, economists and Stockton and Central Falls officials agree there are valuable lessons to be drawn from the missteps that led to and steps that allowed these cities out of bankruptcy.

“We were signing contracts knowing we couldn’t afford them,” Diossa says. “We were supposed to be using the pension fund coming in for retirement, but it was being used for administrative costs. Not allowing the pensions to be funded and improper investments helped kick the can down the road.”

Central Falls mayor at the time, Charles Moreau, also issued no-bid contracts and gave kickbacks to friends, Diossa says. In November 2012, Moreau pled guilty to gratuity charges related to no-bid contracts. As part of its bankruptcy, Central Falls cut pension benefits by about 50 percent for pensioners to resuscitate the city’s finances, which helped it exit bankruptcy in 13 months. Though the drastic cuts to the pensions eased debt, the scars to the citizens still remain, Diossa says. The fund is still $40 million underfunded.

“People spent their whole life funding the pensions,” he says. “I felt the pain as a councilman when older gentlemen came up to me crying. It was a very difficult time.”

Stockton, the heart of California’s agriculture industry, was hit hard by the foreclosure crisis and unemployment in the mid-2000s, says Stockton City Manager Kurt Wilson. The city had previously experienced a population boom, so development projects and other investments across the city reflected that.

“The reason we couldn’t weather the storm is because we were unprepared,” says Wilson. “We relied on continued growth when times were good. We, essentially, had no buffer.”

That lack of a buffer made it difficult for Stockton to uphold its retirement benefits for its growing, aging group of city workers. The exurban military town had been generous with its employee and retirement benefits since the 1990s to help attract employees and new residents. The benefits included covering all employee health care costs and lifetime health care to retirees says Wilson, who was hired as assistant city manager in 2012 – 10 weeks after the city filed for bankruptcy. The city’s pension was underfunded by $147.5 million and faced $26 million in debt to other creditors when the city filed Chapter 9.

Both Stockton and Central Falls relied on pension bonds, which, if not managed carefully, can balloon debt for already financially-strapped governments, says Natalie Cohen, head of municipal research for Wells Fargo Securities.

“Pension obligation bonds are often used by state and local governments that are already in some kind of distress,” Cohen says. “If you can top up the pension fund by borrowing, you’re going to look like you have more. The mistake is taking portions of proceeds and using it for current year’s costs instead of paying annually for the larger retiree group. You’re taking away assets and increasing your debt.”

The bankruptcy judge handling Stockton’s case allowed for cuts to city employee’s pensions through CalPERS, the statewide manager of California’s health and pension benefits, but city officials decided against it, considering Stockton employees’ overall compensation had already undergone a 12 to 34 percent cut, Wilson says. Instead, the city regained its financial footing by ending health care costs for retirees – a savings of $540 million. Other steps taken included: dissolving overtime and certification reimbursement and placing a portion of employee health care costs on the employee.

To continue the city’s recovery, Wilson says it has been necessary to halt most development projects and keep staff levels lower than pre-bankruptcy-era Stockton. However, the city has hired 41 law enforcement officers in the last year. Contractors have supplemented public works and other crews.

“Our levels [of employees] are far below what they were, but our top priority is stability, so even if what we have isn’t ideal we know we can do it,” Wilson says. “We, as public officials, have the obligation to make realistic revenue projections and limit power expenditures. The basics are simple, but the politics are difficult.”

Making the unpopular decisions helped Stockton exit bankruptcy in February despite one creditor, Franklin Templeton, contesting their debt concession, Wilson says. The city has also increased its sales tax by three-quarters of one cent.

Wilson says a long-range financial plan is the best practice the city has implemented. The exhaustive spreadsheet allows council members and city officials to evaluate revenue and expenditures for every project over the next three decades. The city’s budget now includes a 20 percent reserve fund, which will help Stockton prepare for future recessions and continuing retirement benefits.

“We’ve looked out and can see 2031, 2032 will be the worst for us,” Wilson says. “We anticipate bringing in less, so we’re beefing up reserves to prepare for that.”

Long-term financial planning is essential in the continually economic volatile times, Fehr says. He cites North Vegas, Nev., as an example of a city in financial distress that reversed its decline through long-term financial and debt payment planning.

“Cities that are well-run and well-managed can look out three to five years down the line and match their revenue with their spending,” Fehr says.

Stockton has come a long way with its lean, financial outlook, but the impact of the city’s tighter budget remains evident, says Jeffrey Michael, director of the Center for Business and Policy Research (CBPR), University of the Pacific. Pensions will continue to be a burden to Stockton, even with a strict financial plan.

“Cities like Stockton have passed sales tax increases to deal with the financial stress of pensions,” Michael says. “The city can have a future as a viable city, but it’s very difficult when you have trees that aren’t trimmed, libraries closed. Things are looking up, but bankruptcy protection didn’t wipe away the impact.”

To release some of the financial strain pensions pose for California cities, Michael suggests that state officials reconsider the stipulations placed on property tax by Proposition 13. The law, adopted in 1978, mandates a property tax rate of one percent, requires that properties be assessed at market value at the time of sale and no more than a 2 percent rise in the assessment per year until the next sale.

“A state as diverse as California with a fixed property tax makes for a government finance system dependent upon sales tax,” Michael says. “I think a better system would be cities receiving more of the property tax and having more to do with the rates at a local level.”

“Bankruptcy isn’t a magic bullet, so oversight of a higher level of government can keep cities from that very, last, last resort,” Cohen says.

Central Falls’ state-appointed administration and finance officer set a blueprint for every financial decision made for the city, Diossa says. One such decision was the city council voting for a 4 percent property tax increase as a part of Central Falls’ six-year bankruptcy exit plan. The city’s prudent financial planning will allow the tax increase to be lowered for residents next year, Diossa says.

“It was important to create a partnership [with the state]. That helped us make a very smooth transition,” Diossa says. “We needed a lot of healing, and we know the taxes were the biggest concern, but we’ve made some key investments to let the constituents know where their money’s being spent. People can believe in city hall, again.”