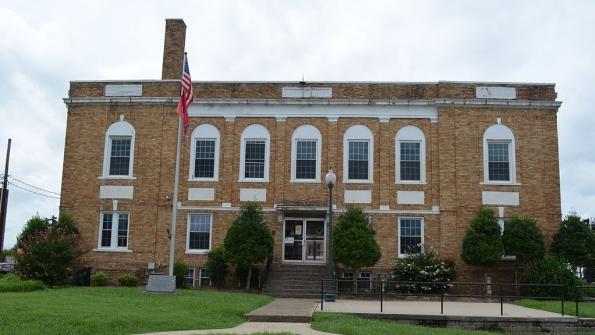 The landmark Supreme Court ruling has moved some county officials to end marriage officiating in clerk's offices and courtrooms across the country.

The recent decision to legalize same-sex marriage at the federal level has incited a number of county officials to protest across the country by ceasing marriage officiating altogether and, in one case, an entire staff resigning due to the law’s conflict with their religious beliefs.

“I honestly believe God will take care of us,” Pope told the news station in relation to her staff finding new jobs. “It’s for the glory of God. He’s going to get all the glory,”

Officials in Smith County, Tenn., Williamson County, Tenn., and Hickman County, Tenn., have confirmed to American City & County that their clerk’s offices will no longer officiate marriages. Legally, clerks are only required to issue licenses, but have offered to perform them as a courtesy.

Hickman County Clerk Casey Dorton (left) said he and his staff have received death threats due to his decision to halt marriage officiating in his office. As of the June 26 Supreme Court ruling, Dorton stopped all marriage officiating. His office has yet to receive a marriage license request from a gay couple, but he said he will allow staff members that are “comfortable” with doing so to administer them.

“I’ve got some negative. I got some flack, but, especially in my county, the support has been overwhelming,” Dorton told AC&C. “I’m not a homophobe. From what the Bible tells me, I cannot perform them (marriages.) I think I should have my beliefs like everyone else does.”

Beaumont Enterprise reported that nine justices of the peace in Beaumont, Texas', three-county region have stopped performing marriages. There are 17 JPs across the Jefferson, Hardin and Orange county area.

“I was sworn in to uphold the laws of the United States, and I feel like I’d be a hypocrite if I didn’t follow the law,” Dunn, who officiated his first same-sex marriage last week, told the newspaper. "

In Midland, Mich., Judge Michael Carpenter has stopped performing marriages, according to The Saginaw News. Carpenter told the newspaper that it has to do with volume than the issue of same-sex marriage though he made his decision shortly after the Supreme Court ruling.

“I discovered in the statutes that marriages are something that we’re allowed to do but not required to do,” Carpenter told the newspaper. “If someone wants to get married at the courthouse, they can. It just won’t be done by my staff, because we’ll be working on other things.”

Dorton said he has no plans to return to officiating marriages in his office.

“I’ve spoken with several clerks. I would say the biggest majority have stopped all ceremonies in the state,” he said. “It’s nothing illegal about it. It’s a convenience.”

Though some local leaders have chosen to protest the Supreme Court decision, others, like Salt Lake City Mayor Ralph Becker, have waited for the day for same-sex marriage to be the law across the country. Prior to the ruling, Becker, who also serves as National League of Cities president, designated Dec. 20 as "Freedom to Marry Day" for his city last year.

"This is a historic day for our country, the state of Utah and our community as the Supreme Court appropriately extends the right of marriage to every loving couple across the land," Becker said in a written statement. "The joy we are feeling in Salt Lake City is palpable, and I am personally grateful for this incredible affirmation of our civil rights and the elimination of the contrived legal barriers that have unnecessarily divided us in the past."