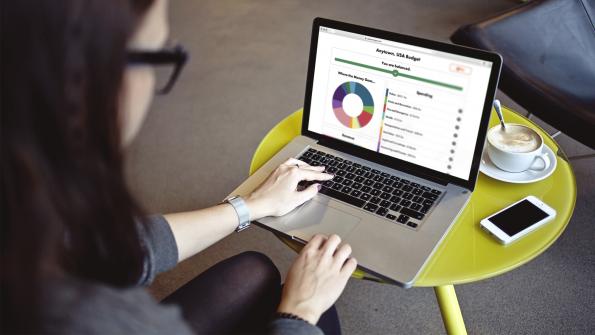 Municipal leaders in Hartford, Conn., believe that some of the best ideas come from local residents. That’s why each spring, Hartford and Hartford 2000 – a coalition of neighborhood revitalization zone committees – invite residents to participate in the People’s Budget workshop.

Municipal leaders in Hartford, Conn., believe that some of the best ideas come from local residents. That’s why each spring, Hartford and Hartford 2000 – a coalition of neighborhood revitalization zone committees – invite residents to participate in the People’s Budget workshop. It is a two-part program that allows its residents to take a closer look at the city budget, share their priorities and present budget recommendations to the mayor and city council members.

This year Hartford and Hartford 2000 made it easy for residents to understand and weigh in on local spending with the adoption of Balancing Act, an online budget simulator from Denver-based Engaged Public. The simulator lets users try their hand at balancing local budgets.

The product’s web-based software provides  an interface that allows residents to see where local money comes from and where it is spent, and to move those dollars around to reflect their own priorities.

Like elected officials, users must come up with a budget that is balanced. If a user increases funding for the parks and recreation department, for example, they then must either decrease funding for another program, or raise taxes so that the budget is balanced.

“It is our vision that every public budget will be accessible in an interactive format, so residents can better understand where their tax money is going and weigh in on priorities for those dollars,” says Chris Adams, president of Engaged Public.

Attendees at the People’s Budget workshop in March were able to see and interact with the Hartford budget through the simulator.

The March budget meeting was an improvement, says Richard Frieder, the community engagement director for the cultural affairs and public programming department of the Hartford Public Library. “This year’s event was so much better for participants than past events because they were able to spend their time discussing the budget and developing budget scenarios instead of poring over calculations with pencils and paper.”

“Our mayor, Pedro Segarra, spent several hours with residents as they worked with the budget,” Frieder says. “He took their input seriously.” Frieder says the software helped everyone brainstorm and share ideas. “Because it is available online, it’s easy for residents who can’t attend in-person meetings to weigh in and have their voices heard anytime, anywhere,” he adds.